Lyuh Woon-hyung or Yo Un-hyung (May 25, 1886 – July 19, 1947) was a Korean politician who argued that Korean independence was essential to world peace, and a reunification activist who struggled for the independent reunification of Korea since its national division in 1945.

His pen-name was Mongyang (몽양; 夢陽), the Hanja for "dream" and "the sun." He is rare among politicians in modern Korean history in that he is revered in both South and North Korea.

Lyuh was born in Yangpyeong, Gyeonggi Province, the son of a local yangban magnate. At age 15, Lyuh enrolled in the Baejae School but in less than one year moved to Heunghwa School. After moving to yet another school and leaving that school before graduation, Lyuh began in 1907 to study the Bible and befriended the American missionary Charles Allen Clark, who helped him found Kidok Kwangdong School in 1909. In 1910, Lyuh dramatically parted from Korean tradition by freeing slaves owned by his household. In 1911, Lyuh enrolled in Pyongyang Presbyterian Theological Seminary and, in 1914, went to China where he studied English literature at a university in Nanjing. In 1917, he moved to Shanghai. In 1918, he organized the Mindan (Korea Resident Association) in that city, to provide a base for pro-independence activities. Lyuh took part in the establishment of the Provisional Government of the Republic of Korea in 1919 and served as a member of that body's Legislative Assembly (Imsi Uijeongwon).

Like many in the Korean independence movement, Lyuh sought aid from both right and left. In 1920, he joined the Koryǒ Communist Party (고려 공산당, Goryeo Gongsandang) and, in 1921, attended the First Congress of the Toilers of the Far East in Moscow. In 1924 he joined Sun Yat-sen's Chinese Nationalist Party and worked for Sino-Korean cooperation. After being released from prison in 1932, Lyuh took on a variety of independence activities in areas of the media and sports. During the Berlin Olympics a Korean marathon runner, Sohn Kee-chung, won the gold medal. The Chungang Daily News, of which Lyuh was the editor, ran the photograph but removed the Japanese flag from his jersey. The Japanese closed down the newspaper and arrested Lyuh for the action. In addition to serving as editor of the Chungang Daily News, he also served as the president of the Choson JungAng Ilbo (조선중앙일보) and other sports associations. 1945 August, In Seoul's YMCA, Lyuh Woon Hyung had a meeting with the representatives of "the Committee for Preparation of Korean Independence" who came from all over the country.

In anticipation of Japan’s defeat in the Second World War, Lyuh organized in 1944 the Korean Restoration Brotherhood (조선건국동맹, Joseon Geon-guk Dongmaeng), a nationwide underground organization. He also formed the Committee for Preparation of Korean Independence (조선 건국 준비 위원회, Joseon Geon-guk Junbi Wiwonhoe). In September 1945, Lyuh proclaimed the establishment of the Korean People's Republic and became its vice-premier. In October, he stepped down under pressure from the United States Military Government, and organized the People's Party of Korea, becoming its chairman. For the following months of the anti-trusteeship movement and other political changes, Lyuh took a line of action in concert with the communists.

When a movement to unify the political left and the political right arose in May 1946, Lyuh represented the center-left and occupied a position on the center between the left and the right. Lyuh’s political stance was, however, attacked by both the extreme right and the extreme left, and his efforts to pursue a centrist position was made increasingly untenable by the political realities of the time. On July 19, 1947, Lyuh was assassinated in Seoul by a 19-year-old man named Han Chigeun, a recent refugee from North Korea and an active member of a nationalist right-wing group. Lyuh's death was widely mourned. 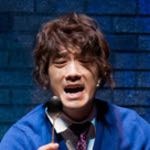 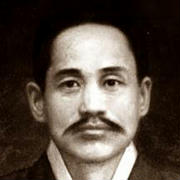