Yuen Woo-ping (Chinese: 袁和平; pinyin: Yuán Hépíng; born 1945) is a Chinese martial arts choreographer and film director, renowned as one of the most successful and influential figures in the world of Hong Kong action cinema. He is one of the inductees on the Avenue of Stars in Hong Kong. Yuen is also a son of Yuen Siu-tien, a renowned martial arts film actor.

Yuen was born in Guangzhou, China. He achieved his first directing credit in 1978 on the seminal Snake in the Eagle's Shadow, starring Jackie Chan, followed quickly by Drunken Master. The films were smash hits, launching Jackie Chan as a major film star, turning Seasonal Films into a major independent production company, and starting a trend towards comedy in martial arts films that continues to the present day.

Yuen's works, particularly his action choreography on Fist of Legend (1994), attracted the attention of the Wachowskis, who hired him as the martial arts choreographer on The Matrix (1999). The success of this collaboration, plus his action choreography on the following year's hit Crouching Tiger, Hidden Dragon, made him a highly sought after figure in Hollywood. He went on to work on the Matrix sequels and Kill Bill (2003).

Yuen also choreographed the action sequences in The Forbidden Kingdom (2008), a Hollywood martial arts–adventure film, which was the first film to star together two of the best-known names in the martial arts film genre, Jackie Chan and Jet Li. He worked as a fight choreography consultant on Ninja Assassin (2009).

Yuen went on to work in two south Indian films as a stunt co-ordinator in Enthiran (2010) and I (film) (2014) both were directed by same director S. Shankar. Yuen's star on the Avenue of Stars

a.k.a. Fist of the Red Dragon (USA: video title)
a.k.a. Heroes Among Heroes 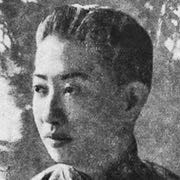 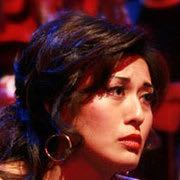