Yoram Kaniuk was born in Tel Aviv. His father, Moshe Kaniuk, was the first curator of Tel Aviv Museum of Art and was born in Ternopil, Galicia, which is now in Ukraine but was then part of the Austro-Hungarian Empire. His grandfather was a Hebrew teacher who wrote his own textbooks. Kaniuk's mother, born in Odessa, was also a teacher. Her family immigrated to Palestine in 1909, the year Tel Aviv was founded, and settled in Neve Tzedek.

At the age of 17, Kaniuk joined the Palmach. In 1948, during the War of Independence, he was shot in the legs by an Englishman in a keffiyeh. He was treated at Mount Sinai Hospital in New York.

In 1958 while living in the USA, Kaniuk married Miranda Baker, a Christian woman, and returned to Israel with her. They had two daughters, Aya and Naomi.

Kaniuk died of cancer on June 8th 2013 at the age of 83. After his death, his body was donated to science and a funeral was eschewed (which in Israel are managed by ultra-Orthodox Jews).

In May 2011, Kaniuk petitioned the Israeli Interior Ministry to change his religion status from "Jewish" to "no religion." The petition came after the birth of his grandson, Omri, who was registered as having "no religion" due to not being Jewish under Halakhic law. He cited the fact that his child and infant grandson, because they are descended from a mixed Jewish/Christian marriage, are legally of "no religion", and his desire not to belong to a "Jewish Iran" or "what is today called the religion of Israel."

In October 2011, The Hon. Judge Gideon Ginat of the Tel Aviv District Court approved his petition, meaning that Kaniuk was then considered a Jew by nationality, but not by religion. Hundreds of other Israelis intend to do the same; a new Hebrew verb, lehitkaniuk (to Kaniuk oneself, Hebrew: להתקניוק‎) was coined to refer to this process.

Kaniuk has published 17 novels, a memoir, seven collections of short stories, two books of essays and five books for children and youth. His books have been published in 25 languages and he has won numerous literary prizes.

An international conference dedicated to the works of Kaniuk was held at Cambridge University in March 2006.

'Eagles' is a war story that attacks the subject of death in Israeli culture from a unique angle. His work has been described as "existential writing that deviates from the Israeli consensus" and difficult to categorize.

He is known for the dark, somewhat bizarre humor in his writing. The late writers Anthony Burgess and Kurt Vonnegut have influenced his unsettling style of political satire. He was widely rejected by the Israeli mainstream until the 21st century, when many young readers found his unique take on the sensitive Israeli social climate refreshing.

Kaniuk has won numerous literary prizes, including the following:

The contents of this page are sourced from Wikipedia article on 05 Apr 2020. The contents are available under the CC BY-SA 4.0 license.
View Yoram Kaniuk 's image gallery
Image Gallery 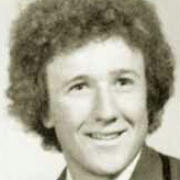 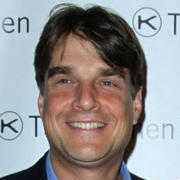