Yoo was born as Ahn Yeon-seok on April 11, 1984 in Seoul. When he was six years old, his family moved to South Gyeongsang Province because his father, a professor of civil engineering was posted at a national university there. In his junior year in high school, Yoo decided to take up acting and followed his brother, who was studying another year to enter university, to Seoul and they lived together near the district of Samseong-dong.

While taking acting classes, Yoo met a friend who would later work on the costume staff of film director Park Chan-wook. Remembering that he resembled actor Yoo Ji-tae, he gave him a call about auditioning for a role. Without having to pass out his resume, he made his acting debut as Yoo Ji-tae's younger counterpart in the acclaimed 2003 film Oldboy.

Upon graduation from Sejong University with a degree in Film Arts, he resumed his acting career in 2008 and began using his agency's recommendation stage name, Yoo Yeon-seok.

After an extended hiatus from acting, Yoo made his return in the medical drama General Hospital 2.

Yoo took on supporting roles on television, such as the haughty student body president in the horror series Soul and more appealing characters in medical drama Midnight Hospital and Tasty Life. But Yoo received his best reviews yet for playing a sensitive ex-boyfriend searching for his child in indie Re-encounter.

Soon after he became known to mainstream audiences as the rich and spoiled antagonist in the box office hit melodramas Architecture 101, and A Werewolf Boy. He further raised his profile with comedy film Born to Sing, and the fantasy series Gu Family Book.

Yoo rose to popularity in the nostalgic campus drama Reply 1994 in late 2013. Following his breakout year, he was cast in two high-profile films in 2014: Whistle Blower about infamous biotech researcher Hwang Woo-suk, and Joseon-set period drama The Royal Tailor. Yoo then appeared in the travel-reality show Youth Over Flowers.

In 2015, Yoo was cast in his first leading role on network television as a chef and restaurateur in the romantic comedy series Warm and Cozy, written by the Hong sisters and set on Jeju Island. He also starred in the thriller Perfect Proposal (a remake of Woman of Straw), and The Beauty Inside (adapted from the social film of the same title). Later in the year, Yoo played the protagonist in Le Passe-Muraille ("The Man Who Walked Through Wall"); this was his first stage musical since his professional acting debut (Yoo had previously appeared in theatrical productions while still in university).

In 2016, Yoo starred in the period music drama Love, Lies followed by romantic comedy Mood of the Day. He returned to the small screen with hit medical drama Dr. Romantic alongside Han Suk-kyu and Seo Hyun-jin.

In 2018, Yoo starred in romance melodrama Mr. Sunshine penned by Kim Eun-sook. To celebrate his 15th debut anniversary Yoo held a fan meeting titled “All About YOO”. He then appeared in the musical A Gentleman’s Guide to Love and Murder.

In 2020, Yoo starred in the medical drama Hospital Playlist.

The contents of this page are sourced from Wikipedia article on 09 Mar 2020. The contents are available under the CC BY-SA 4.0 license.
View Yoo Yeon-seok 's image gallery
Image Gallery 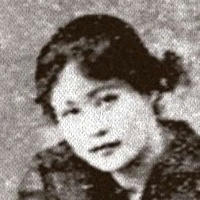 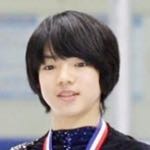 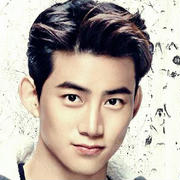