Yolanda Yvette Adams (born August 27, 1961) is an American gospel singer, record producer, actress, and radio host of her own nationally syndicated morning gospel show. She has sold nearly 10 million albums worldwide according to SoundScan. Adams is known as the "Queen of Contemporary Gospel Music" and the "First Lady of Modern Gospel". Variety dubbed Adams as the "Reigning Queen of Urban Gospel".

On December 11, 2009, Billboard named her the No. 1 Gospel Artist of the last decade In the same chart, her album Mountain High...Valley Low was acknowledged as the best gospel album.

The eldest of six siblings, Adams was born in Houston, Texas. She graduated from Sterling High School in Houston in 1979. After graduating from Texas Southern University, she began a career as a schoolteacher and part-time model in Houston. Eventually, she gave up teaching to perform full-time as a lead singer.

Adams first attracted the attention of Thomas Whitfield and Sound of Gospel Records as a lead singer with Houston's Southeast Inspirational Choir affiliated with the Church of God in Christ, under the direction of Carl Preacher, Brenda Waters, and Shirley Joiner. The choir released the single "For My Liberty" in 1982 with her as the featured vocalist. In 1986, Adams was featured on the Edwin Hawkins Music and Arts Seminar Choir released Give Us Peace, with a performance entitled "My Trust Lies in You". Later, she signed a recording contract with Sound of Gospel which yielded her first album Just As I Am in 1987. In 1990, she was discovered by producer/keyboardist Ben Tankard, and signed to his independent label Tribute Records and released Through The Storm. Tankard's goal with Tribute Records during this time was to develop an audience for a smoother gospel/jazz sound. He featured Adams' vocals on his album and concept video single "You Bring Out The Best in Me" on his 1994 release Play Me in Your Key. The collaboration received positive response from gospel, jazz and "quiet storm" formats.

One year later, Adams followed with Save the World, which included her first signature song "The Battle Is The Lord's". Her next release was 1995's More Than a Melody, which featured more production work from Tankard with contributions from O'Landa Draper, and BeBe Winans. The single "Gotta Have Love," from that album featuring Tony Terry on background vocals, gained mainstream notoriety and was her first single and music video. Yolanda... Live in Washington, released the following year, featured versions of material from her first three albums. The footage from this recording was released as a collection of two videos on VHS initially, and later as a single set on DVD and CD. During this time Tribute Records' parent company Diadem Music Group merged with Benson Music Group, which was eventually bought by New York-based Zomba/Verity Records. Songs from the Heart was her final release for Verity Records, including "Only Believe", which was a popular song on contemporary radio. The album also included "Still I Rise," a dedication to Rosa Parks, which was inspired by the Maya Angelou poem of the same name.

In 2000, Adams released a Christmas album, and in 2001 she released a live album (The Experience). The Experience netted Adams a second Grammy Award for Best Contemporary Soul Gospel Album. Believe, which included the hit "Never Give Up" was released in 2001 and reached gold status according to the RIAA. She would later go on to perform this song at "The Salute to Gospel Music" at the White House during President George W. Bush's administration. In 2001, Adams also released a compilation CD entitled The Divas of Gospel; it included the legendary Grammy Award winner Albertina Walker, who was popularly referred to as the "Queen of Gospel Music" until her death in 2010.

Adams recorded a song for the 2003 film Honey entitled "I Believe", which played during the last scene in the final dance.

Adams was also a judge for the 2nd annual Independent Music Awards to support independent artists' careers. She is also credited as the Queen of Contemporary Gospel Music.

After nearly four years without releasing an album, Adams returned in 2005 with Day By Day. Although charting higher than Mountain High...Valley Low on the Billboard 100 and Billboard R&B Albums chart, it did not receive RIAA certification. The album featured the singles "Be Blessed," "Someone Watching Over You," "This Too Shall Pass", and "Victory" (which was prominently featured in the movie The Gospel).

After ending her long association with Atlantic Records, Atlantic released a greatest hits collection entitled The Best of Me in May 2007.

Adams signed with Columbia Records in 2007. Columbia released What a Wonderful Time, her second holiday collection, in October 2007. "Hold On" was released as the lead single.

After the release of What a Wonderful Time, Adams embarked on the radio career with The Yolanda Adams Morning Show which was aired in over 26 radio markets within two years. Her radio show featured Marcus D. Wiley as Bishop Secular. The syndicated show aired for ten years before ending in 2016. It relaunched in September 2019 from Texas Southern University's KTSU-FM 90.9.

On December 25, 2009, Adams performed on BET's The Mo'Nique Show, where she sang "Already Alright", from her 1999 Mountain High...Valley Low album. Mo'Nique stated that the song is one of her favorites.

Adams appeared on the 2011 BET Honors to sing her signature song "The Battle Is the Lord's" in honor of Cicely Tyson. Later, Adams appeared at the 53rd Grammy Awards, taking part in a tribute to Aretha Franklin along with Jennifer Hudson, Christina Aguilera, Florence Welch from Florence and the Machine, and Martina McBride. Adams performed "Spirit in the Dark" – Franklin's classic from 1970. On several occasions, Franklin stated that she "especially loved" Adams' performance. On May 29, 2011, Adams sang at the prestigious National Memorial Day Concert in Washington, DC, to honor the U.S. soldiers.

Adams' eleventh studio album, Becoming, was released on May 3, 2011 produced by Steve Bracey. The new single, "Be Still", by Drathoven, debuted on Tuesday, April 19 on The Yolanda Adams Morning Show. Becoming was released by Walmart as an exclusive deal. At The BET Awards 2012, Adams' won the award for Best Gospel Artist for the 4th time in her career having won the most since the first BET Awards in 2001.

On an April 2013 episode of BET's Lift Every Voice, Adams announced that she was working on her twelfth studio album. The album title and release date has yet to be announced, but she announced songwriting and producing credits from the likes of super gospel producers Donald Lawrence, Israel Houghton & Kirk Franklin. She also mentioned a song and studio session with Grammy, Billboard & ASCAP award-winning global hit songwriter Diane Warren (Whitney Houston, Patti Labelle, Tina Turner, Elton John).

Adams released her first book Points of Power in 2010. It is a Christian book in reference to living a pure, spirit-filled Christian life.

Adams was married to Troy Mason from 1987 until 1990. Adams said spousal abuse was the reason for their divorce. In 1997, Adams married former NFL player Tim Crawford. The couple divorced in August 2004 after seven years. Adams and Crawford have one daughter, Taylor Adams Crawford, born in 2001.

Adams served as a spokesperson for the FILA Corporation's Operation Rebound, a program that addressed the concern of inner-city schoolchildren.

Adams was inducted into Alpha Kappa Alpha Sorority, Inc. as an honorary member on July 8, 2018. 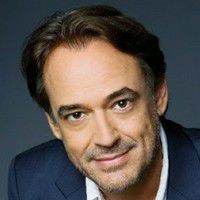 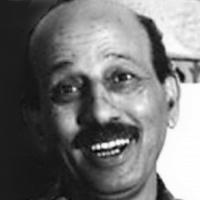 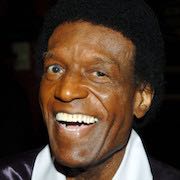 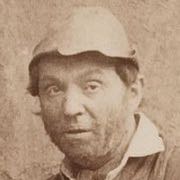 Rancher and member of the Cochise County Cowboys in Arizona Territory, US