Yohanan Aharoni (Hebrew: יוחנן אהרוני; 7 June 1919 – 9 February 1976) was an Israeli archaeologist and historical geographer, chairman of the Department of Near East Studies and chairman of the Institute of Archaeology at Tel-Aviv University.

Born to the Aronheim family, in Germany, June 7, 1919, Aharoni immigrated to Palestine in 1933. He studied at the Hebrew Reali School in Haifa, and later at the Mikve Yisrael agricultural school. He married Miriam Gross and became a member of kibbutz Alonim.

Aharoni studied archeology at the Hebrew University of Jerusalem and began to teach there in 1954. By 1966, he became a professor at the university. However, in 1968, he moved to Tel-Aviv University and became chairman of the Department of Near East Studies and chairman of the Institute of Archaeology.

Aharoni participated in many excavations, including Ramat Rachel, Tel Arad, Tel Be'er Sheva, Tel Hazor and Lachish. He also studied ancient roadways in the Negev, and participated in the discovery of the Bar Kokhba caves while surveying and excavating the Dead Sea region in 1953. 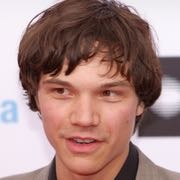