Sumac became an international success based on her extreme vocal range. She had five octaves according to some reports, but other reports (and recordings) document four-and-a-half at the peak of her singing career. (A typical trained singer has a range of about three octaves.)

In one live recording of "Chuncho", she sings a range of over four and a half octaves, from B2 to G♯7. She was able to sing notes in the low baritone register as well as notes above the range of an ordinary soprano and notes in the whistle register. Both low and high extremes can be heard in the song "Chuncho (The Forest Creatures)" (1953). She was also apparently able to sing in a remarkable "double voice".

In 1954, classical composer Virgil Thomson described Sumac's voice as "very low and warm, very high and birdlike", noting that her range "is very close to five octaves, but is in no way inhuman or outlandish in sound." In 2012, audio recording restoration expert John H. Haley favorably compared Sumac's tone to opera singers Isabella Colbran, Maria Malibran, and Pauline Viardot. He described Sumac's voice as not having the "bright penetrating peal of a true coloratura soprano", but having in its place "an alluring sweet darkness ... virtually unique in our time."

Sumac was born Zoila Augusta Emperatriz Chávarri del Castillo on September 10, 1923, in Ichocán, a historically indigenous village in Cajamarca, Peru. Her parents were Sixto Chávarri and Emilia del Castillo. Her father was born in Cajamarca and her mother was born in Pallasca. Stories published in the 1950s claimed that she was an Incan princess, directly descended from Atahualpa. The government of Peru in 1946 formally supported her claim to be descended from Atahualpa, the last Incan emperor. She was the youngest of six children. Her mother was a schoolteacher and her father a civic leader.

Chávarri adopted the stage name of Imma Sumack (also spelled Yma Sumack and Ima Sumack) before she left South America for the United States. The stage name was based on her mother's name, which was derived from "ima shumaq", Quechua for "how beautiful!", although in interviews she claimed it meant "beautiful flower" or "beautiful girl".

She married Moisés Vivanco on June 6, 1942. After this date, Moises and Yma toured South America and Mexico as a group of fourteen musicians called Imma Sumack and the Conjunto Folklorico Peruana. In 1946, Sumac and Vivanco moved to New York City where they performed as the Inka Taqui Trio, Sumac singing soprano, Vivanco on guitar, and her cousin, Cholita Rivero, singing contralto and dancing. The group was unable to attain any success; their participation in South American Music Festival in Carnegie Hall was reviewed positively. In 1949, Yma gave birth to their only child Carlos. She was discovered by Les Baxter and signed by Capitol Records in 1950, at which time her stage name became Yma Sumac. Her first album, Voice of the Xtabay, launched a period of fame that included performances at the Hollywood Bowl and Carnegie Hall.

In 1950 she made her first tour to Europe and Africa, and debuted at the Royal Albert Hall in London and the Royal Festival Hall before the Queen. She presented more than 80 concerts in London and 16 concerts in Paris. A second tour took her to the Far East: Persia, Afghanistan, Pakistan, Burma, Thailand, Sumatra, the Philippines, and Australia. Her fame in countries like Greece, Israel and Russia made her change her two-week stay to six months. During the 1950s, she produced a series of lounge music recordings featuring Hollywood-style versions of Incan and South American folk songs, working with Les Baxter and Billy May. The combination of her extraordinary voice, exotic looks, and stage personality made her a hit with American audiences. Sumac appeared in a Broadway musical, Flahooley, in 1951, as a foreign princess who brings Aladdin's lamp to an American toy factory to have it repaired. The show's score was by Sammy Fain and Yip Harburg, but her three numbers were the work of Vivanco, with one co-written by Vivanco and Fain.

During the 1950s, Sumac continued to be popular, playing Carnegie Hall, the Roxy Theatre with Danny Kaye, Las Vegas nightclubs and concert tours of South America and Europe. She put out a number of hit albums, such as Mambo! (1954) and Fuego del Ande (1959). Capitol Records, Sumac's label, recorded the show. Flahooley closed quickly, but the recording continues as a cult classic, in part because it also marked the Broadway debut of Barbara Cook. During the height of Sumac's popularity, she appeared in the films Secret of the Incas (1954) with Charlton Heston and Robert Young and Omar Khayyam (1957).

She became a U.S. citizen on July 22, 1955. In 1959, she performed Jorge Bravo de Rueda's classic song "Vírgenes del Sol" on her album Fuego del Ande. In 1957 Sumac and Vivanco divorced, after Vivanco sired twins with another woman. They remarried that same year, but a second divorce followed in 1965. Apparently due to financial difficulties, Sumac and the original Inka Taky Trio went on a world tour in 1960, which lasted for five years. They performed in 40 cities in the Soviet Union for over six months, and a film was shot recording some moments of the tour, and afterward throughout Europe, Asia and Latin America. Their performance in Bucharest, Romania, was recorded as the album Recital, her only live in concert record. Sumac spent the rest of the 1960s performing sporadically.

Sumac had a wide vocal register; she could emit notes from above a coloratura soprano to the low notes of a bass and had one of the widest vocal ranges. She was able to emit notes from the tessitura of sopranino, soprano, mezzo-soprano, contralto, tenor, baritone and bass, and was the only person able to do the triple coloratura or the trill of the birds. Her singing voice ranged from ti1 to re7.

One source claims that in the song "K'arawi", she reached a Re8 (00:26). This would extend her vocal range to almost 6 octaves.

In this live she performs a duet with the flute reaching an E6.

In 1971, Sumac released a rock album, Miracles. She performed in concert from time to time during the 1970s in Peru and later in New York at the Chateau Madrid and Town Hall. In the 1980s, she resumed her career under the management of Alan Eichler and had a number of concerts both in the United States and abroad, including the Hollywood Roosevelt Cinegrill, New York's Ballroom in 1987 (where she was held over for seven weeks to SRO crowds) and several San Francisco shows at the Theatre on the Square among others.

In 1987, she recorded "I Wonder" from the Disney film Sleeping Beauty for Stay Awake, an album of songs from Disney movies, produced by Hal Willner. She sang "Ataypura" during a March 19, 1987, appearance on Late Night with David Letterman. She recorded a new German "techno" dance record, "Mambo ConFusion".

In 1989, she sang again at the Ballroom in New York and returned to Europe for the first time in 30 years to headline the BRT's "Gala van de Gouden Bertjes" New Year's Eve TV special in Brussels as well as the "Etoile Palace" program in Paris hosted by Frederic Mitterrand. In March 1990, she played the role of Heidi in Stephen Sondheim's Follies, in Long Beach, California, her first attempt at serious theater since Flahooley in 1951.

She also gave several concerts in the summer of 1996 in San Francisco and Hollywood as well as two more in Montreal, Canada, in July 1997 as part of the Montreal International Jazz Festival. In 1992, she declined to appear in a documentary for German television entitled Yma Sumac – Hollywoods Inkaprinzessin (Yma Sumac – Hollywood's Inca Princess). With the resurgence of lounge music in the late 1990s, Sumac's profile rose again when the song "Ataypura" was featured in the Coen Brothers film The Big Lebowski.

Her song "Bo Mambo" appeared in a commercial for Kahlúa liquor and was sampled for the song "Hands Up" by The Black Eyed Peas. The song "Gopher Mambo" was used in the films Ordinary Decent Criminal, Happy Texas, Spy Games, and Confessions of a Dangerous Mind, among others. "Gopher Mambo" was used in an act of the Cirque Du Soleil show Quidam. The songs "Goomba Boomba" and "Malambo No. 1" appeared in Death to Smoochy. A sample from "Malambo No.1" was used in Robin Thicke's "Everything I Can't Have". Sumac is also mentioned in the lyrics of the 1980s song "Joe le taxi" by Vanessa Paradis, and her album Mambo! is the record that Belinda Carlisle pulls out of its jacket in the video for "Mad About You".

On May 6, 2006, Sumac flew to Lima, where she was presented the Orden del Sol award by Peruvian President Alejandro Toledo and the Jorge Basadre medal by the Universidad Nacional Mayor de San Marcos.

Sumac died on November 1, 2008, aged 86, at an assisted living home in Los Angeles, California, nine months after being diagnosed with colon cancer. She was interred at the Hollywood Forever Cemetery in the "Sanctuary of Memories" section.

On June 25, 2019, The New York Times Magazine listed Yma Sumac among hundreds of artists whose material was reportedly destroyed in the 2008 Universal fire.

The contents of this page are sourced from Wikipedia article on 15 Apr 2020. The contents are available under the CC BY-SA 4.0 license.
View Yma Sumac 's image gallery
Image Gallery 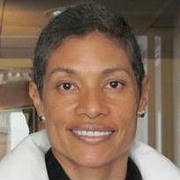 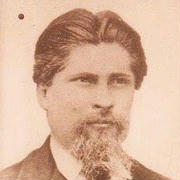