Yitzchak Yaacov Reines (Hebrew: יצחק יעקב ריינס‎‎, Isaac Jacob Reines), (October 27, 1839 – August 20, 1915) was a Lithuanian Orthodox rabbi and the founder of the Mizrachi Religious Zionist Movement, one of the earliest movements of Religious Zionism, as well as a correspondent of Theodor Herzl.

Rabbi Yitzchak Yaacov Reines a descendant of Meir ben Isaac Katzenellenbogen, was born in Karolin (now a part of Pinsk, Belarus). He studied at Eishistok “Kolel Prushim” and semikhah at the Volozhin Yeshiva before becoming the rabbi of Saukenai, Lithuania, from 1867.

He was then rabbi in Svencionys, where in 1882 he founded a yeshiva with a curriculum that included secular subjects, from 1869, and Lida, (now in Belarus) from 1885 until his death. He also founded a modern yeshiva in Lida which attracted many students from throughout Russia. He named the yeshiva Torah Vodaas.

Reines wrote many books on rabbinic literature. Reines developed a rational approach to Talmud study in his “Hotem Toknit” Mainz, 1880; vol. ii, Presburg, 1881) a new plan for a modernized, logical method of studying the Talmud.

He was one of the rabbis and representative Jews who assembled in St. Petersburg in 1882 to consider plans for the improvement of the moral and material condition of the Jews in Russia, and there he proposed the substitution of his method for the one prevalent in the yeshivot.

His proposition being rejected, he founded a new yeshivah in which his plans were to be carried out. It provided a ten years’ course, during which the student was to acquire the rabbinical knowledge necessary for ordination as a rabbi, and at the same time secure the secular education required in a government rabbi. But although the plan to supply Russian-speaking rabbis agreed in principle with the aims of the Russian government, there was so much Jewish opposition to his yeshivah that it was closed by the authorities after an existence of four years; all further attempts of Reines to reestablish it failed.

He was instrumental in the establishment of the first “kollel” perushim, for the purpose of subsidizing young married men studying for the rabbinate, under Rabbi Yitzchak Blazer.

In 1870, while rabbi of Lida, his son, Moses was born. Moses Reines was the author of Jewish historical materials for the history of Jewish culture in Russia and for a history of the yeshivoth in Russia. Moses died in Lida on March 7, 1891

He was a member of the Hovevei Zion movement from its inception, Rabbi Yitzhak Reines joined Rabbi Samuel Mohilever in proposing, ca. 1893, a Palestinian settlement that would synthesize Torah and labor. Mohilever coined the phrase: the Mercaz Ruchani (religious center), abbreviated "Mizrachi." Although the settlement did not succeed, Reines revived the Mizrachi name in 1901, for a new religious Zionist movement he founded.

Theodor Herzl recognized the need for rabbis to support the new Zionist movement and Reines was one of the first rabbis to answer Herzl's call to become part of the movement; as such, he attended the Third Zionist Congress (1899).

At the fifth Zionist congress (1901, Basel), the Swiss and radical student faction threatened to turn the movement in a direction which would lead away from religion. In contrast, Reines’ religious zionism faction became the strongest branch of the Zionist organization in Russia. He supported the British Uganda Program as a temporary measure to save Jews.

Most of his eastern and western European rabbinical colleagues remained opposed to political Zionism. In 1902, Reines published a book, Or Hadash al Tzion ("A New Light on Zion"). In it, he made a call to a Zionist Judaism for all Jews, one that includes economic productivity and training, and a renewal of Jewish thought, emotion, and action.

He believed that whereas medieval Jews saw the Divine hand in nature, contemporary Jews see the Divine hand in history especially surviving the exile to return to modern Zion. He commissioned Zev Yaavetz to write an appropriate Jewish history work to use for education.

The same year, he organized a conference of the religious Zionist movement in Vilna, where the Mizrachi movement was founded. He was recognized as the movement's leader at its founding convention in Pressburg (today's Bratislava, Slovakia) in 1902.

In 1905, Reines accomplished his own personal dream, with the establishment of a yeshiva in Lida where both secular and religious subjects were taught.

Reines was succeeded by Judah Leib Fishman, a preacher (maggid) and rabbi who met Rabbi Reines in 1900 and took part in the movement's founding conference in Vilna. He participated in the second and subsequent Zionist congresses and was a member of the Zionist General Council. Fishman, who changed his name to Maimon, settled in Israel in 1913.

Besides the above-mentioned work Reines published: 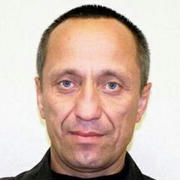 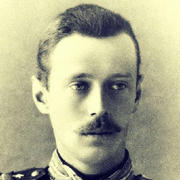