Yisrael Feldman (later Peled) was born in Tel Aviv during the Mandate era. He was the grandson of Haim Dov and Rivka Feldman, who were among the founders of Rosh Pinna. He married Miriam Haya Rivlin, with whom he had five children. After serving in the Israeli Defense Forces, he moved to Ramat Gan and worked as a lawyer.

In 1959 Ramat Gan mayor Avraham Krinitzi asked him to run on the General Zionist list in the city council elections. After the death of Krinitzi in 1969, he was chosen to replace Krinitzi in the mayor's office. He served as mayor of Ramat Gan for three successive terms. Among the projects established and promoted at the time: Safari Ayalon Mall and Diamond Exchange District.

The contents of this page are sourced from Wikipedia article on 24 Jun 2020. The contents are available under the CC BY-SA 4.0 license.
View Yisrael Peled 's image gallery
Image Gallery 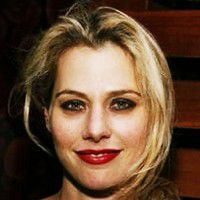