Yilian Cañizares is a Cuban-Swiss musician who has lived in Switzerland since 2000.

Yilian Cañizares was born in Havana, Cuba, and studied violin there, in the strictest Russian tradition. In 1997, she moved to Venezuela, in order to pursue her studies. Three years later, she moved again, to Switzerland, in order to complete her studies at the Fribourg/Freiburg conservatory. She originally wanted to become a classical musician. As she was in Switzerland, she became interested in Jazz and decided to sing. She has remained in Switzerland and has acquired the citizenship. She found her own style after having discovered the French jazz violin player Stéphane Grappelli. She decided to use elements of his style with Cuban music.

At the end of her studies, Cañizares started the band Ochumare, or "rainbow" in Yoruba, with David Britto (double bass) and Cyril Regamey (drums and percussions). She continued her career under her own name. She has been considered the discovery of the year 2013 by the French weekly Le Nouvel Observateur and the French magazine Les Inrockuptibles selected her album Invocación in the ten 2015 albums from South America not to be missed. She teaches violin and jazz improvisation at the Ecole de jazz et des musiques actuelles in Lausanne.

Cañizares's style reflects her various influences with shades of jazz, classical music and cuban music, with a lot of space left for improvisation. The French magazine Les Inrockuptibles describes her style as a jazz instrumentation mixed with Yoruba ritual percussion. She sings in Spanish, Yoruba and French. One of her hallmarks is simulatneously playing violin and singing.

The contents of this page are sourced from Wikipedia article on 08 Aug 2020. The contents are available under the CC BY-SA 4.0 license.
View Yilian Cañizares 's image gallery
Image Gallery 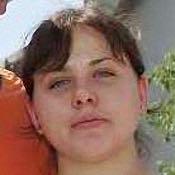