Yi U
The basics

Colonel Yi U (15 November 1912 – 7 August 1945) was the 4th head of Unhyeon Palace, a member of the imperial family of Korea, and a lieutenant colonel in the Imperial Japanese Army during the World War II. He was killed during the atomic bombing of Hiroshima.

He was born the second son of Prince Gang, the fifth son of Emperor Gojong.

At the age of five, he was adopted to be the heir of deceased Prince Jun (or Prince Yeongseon, 永宣君李埈 yŏng sŏn gun i jun), the 3rd head of Unhyŏn Palace and the only son of the elder brother of Emperor Gojong, Prince Hui (or Prince Heung, 興親王李熹 hŭng chin wang i hui or Yi Jaemyeon, Prince Wanheung of Korea, 完興君李載冕 wan hŭng gun i jae myŏn). He was taken to Japan shortly afterwards under the pretense of educational purposes.

However, unlike his elder brother, Prince Gŏn (李鍵 이건 i gŏn), he maintained his integrity as a Korean, despite his Japanese education. This made him the favorite son of his father, Prince Gang, who himself attempted to escape from Korea to join the exiled Korean government. He overcame all attempts by the Japanese to marry him off to a minor Japanese noble, and married Lady Park Chan-ju, a granddaughter of Marquis Pak Yung-hio who was a husband of Princess Yŏnghye of Korea. They had two children, Yi Chung (李淸 이청 i chŏng) (born 23 April 1936) and Yi Jong (李淙 이종 i jong) (born 9 November 1940 - died 1966).

According to Ahmet Ertegün, Prince Yi was transferred to Hiroshima in 1945, and on 6 August 1945, he was mortally injured by the atomic bomb blast on the way to his office, and died later that day at a medical aid station. He was posthumously promoted to the rank of colonel. After his funeral, Adjutant Lieutenant Colonel Yoshinari Hiroshi (吉成 弘) committed suicide on account of not being able to save Prince Yi. Thereafter his body was moved to Korea and was buried in Heungwon on 15 August 1945, the day the war ended.

The contents of this page are sourced from Wikipedia article on 08 Mar 2020. The contents are available under the CC BY-SA 4.0 license.
comments so far.
Comments
From our partners
Sponsored
Reference sources
References
http://www.royalark.net/Korea/korea8.htm
https://deepl.com
https://translate.google.com/
Trending today in 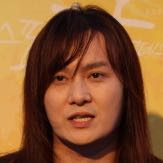