Princess Yi Haewŏn (born April 24, 1919) is a descendant of the Joseon dynasty (Empire of Korea). She is the second daughter of Prince Imperial Ui of Korea, the fifth son of Emperor Gojong of Korea and his concubine, Lady Sudeokdang. She is the eldest of the surviving daughters of Prince Imperial Ui. She is one of several descendants, including her brother King Yi Seok and her nephew, Yi Won, who claim to be the legitimate heir to the throne of the Korean Imperial Household.

Yi was born in Sadong Palace which was an official residence of her family in Seoul and raised in Unhyeon Palace. She graduated from Kyunggi High School in 1936 and then married Lee Seunggyu, who was kidnapped and compulsorily taken to North Korea during the Korean War. They had three sons and one daughter.

Following the death of her cousin Prince Hoeun on 16 July 2005, members of the Lee Family Council chose his adopted son, Yi Won as the next Head of the Korean Imperial Household, bestowing him the title, the Hereditary Prince Imperial of Korea (Hwangsason), representative of an inherited title from Prince Hoeun. Contesting her nephew's claim and appointment to the throne, Yi Haewŏn announced the restoration of the Korean Imperial Household. Organized by the Korean Imperial Family Association, a private organization consisting of twelve (12) descendants of the Joseon Dynasty, a private coronation ceremony was held on 29 September 2006, during which Yi Haewŏn was bestowed the title, the Empress of Korea.

The crowning of Yi Haewŏn was not approved nor endorsed by the family. The title of Emperor was stripped from the Imperial Family by Japan during the Emperor and King Sunjong of Korea's reign. 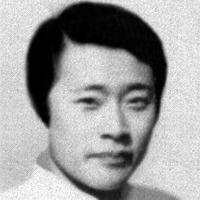 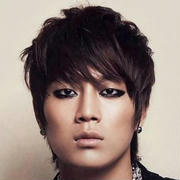