Yi-Chi Shih is a Chinese-born American electrical engineer and educator.

After finishing his education, in September 1982, Shih joined the faculty of the Naval Postgraduate School, Monterey, California, as an Adjunct Professor. He taught graduate classes for students consisting of officers from the U.S. Navy, Army, and Air Force. His main research area was in various waveguide filters and electromagnetic-wave propagation in the duct.

In April 1984, he joined Hughes Aircraft Company and served in various research and management positions for the development of advanced GaAs monolithic microwave integrated circuit (MMIC) design, fabrication, and characterization. His research interests included the development of microwave/millimeter-wave MIC and MMIC circuits, the modeling and characterization of devices, and computer-aided design techniques. He developed and managed the MMIC Product Department and managed many projects related to the development of high-efficiency power MMICs and interacted with customers from the Air Force, NRL, and other industrial organizations.

From 1992 to 1997, he worked as a Senior Scientist for Hughes Space and Communications Company, where he was responsible for the development of advanced MMICs and MMIC modules for space applications.

He managed a project team and delivered nine radiometer receivers to the TMI program for NASA.

Since 1994, Shih was an adjunct lecturer at the University of California, Los Angeles. There, he taught a short course that gathered many engineers from the U.S., Canada, and Asia. He last taught a course at the UCLA Henry Samueli School of Engineering and Applied Science during the winter quarter of 2011.

In 1997, Shih co-founded MMCOMM Inc., Torrance, California, where he was responsible for the business strategy and business development related to microwave and millimeter-wave applications, focusing on the areas of point-to-point and point-to-multipoint communications and imaging/SAR radar applications.

Over the years, Shih authored or co-authored over 50 papers in technical journals. He has served as a technical consultant to many organizations in Taiwan, R.O.C., and contributed to the initial development of the wireless LAN industry in Taiwan, R.O.C. He has made numerous presentations at international conferences and workshops such as the IEEE Microwave Theory and Techniques Society (IEEE MTT-S) International Microwave Symposium (IMS), the IEEE Antennas and Propagation Society (AP-S)/URSI Symposium, the European Microwave Conference, the Asia–Pacific Microwave Conference, the GOMAC Conference, ISSSE, and PIER.

He also served on the Editorial Board of the IEEE Transactions on Microwave Theory and Techniques, the IEEE MTT-S Technical Program Committee, MTT-14 "Field Theory" Committee, MTT-8 "Filters and Passive Components" Committee, and the Industrial Advisory Board Member, ICAS Research Center, University of California at San Diego, La Jolla. He was the recipient of the Joe E. Sanders Leadership Award.

In July 2019, Shih was found guilty of illegally obtaining microchips that could be used in missiles and fighter jets, and exporting them to China. He was convicted on 18 federal charges including mail fraud, wire fraud, subscribing to a false tax return, making false statements to a government agency, and conspiracy to gain unauthorized access to a protected computer to obtain information. He faces a statutory maximum sentence of 219 years in federal prison.

His co-defendant—Kiet Ahn Mai, 65, of Pasadena, California pleaded guilty to smuggling charges linked to the plan in December. Shih reportedly gained access to the US computer's systems through its web portal after Mai posed as a customer trying to buy custom-designed MMICs that would be used solely in the United States, according to the Justice Department. Shih and Mai concealed Shih's intention to send the semiconductors to China, the Justice Department said. The so-called computer portal Shih accessed was a drop box that the company's customers used. The chips were sent to Chengdu GaStone Technology Company (CGTC), a Chinese firm building an MMIC manufacturing facility in Chengdu, where Shih was president until 2014. Shih used a Hollywood Hills-based company he controlled – Pullman Lane Productions LLC – to funnel funds provided by Chinese entities to finance the manufacturing of MMICs by the victim company. Pullman Lane received financing from a Beijing-based company that was placed on the Entity List the same day as CGTC "on the basis of its involvement in activities contrary to the national security and foreign policy interests of the United States," according to court documents. 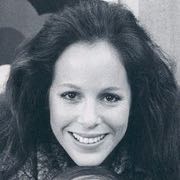 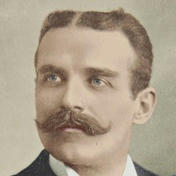