In 1995, he graduated from National University of Theatre, Film and TV in Kiev (Workshop of National Artist of Ukraine Valentina Zymnya).

Nyshchuk was Minister of Culture of Ukraine in the 2014 Yatsenyuk Government from 27 February 2014 till 2 December 2014. In the 2 December 2014 appointed second Yatsenyuk Government, he did not return. Nyshchuk also did not participate in the 2014 Ukrainian parliamentary election. From 14 April 2016 until 29 August 2019 he was again Minister of Culture.

Nyshchuk will take part in the July 2019 Ukrainian parliamentary election with the party Ukrainian Strategy. But this party did not won any seats in the election.

The contents of this page are sourced from Wikipedia article on 23 Jun 2020. The contents are available under the CC BY-SA 4.0 license.
View Yevhen Nyshchuk 's image gallery
Image Gallery 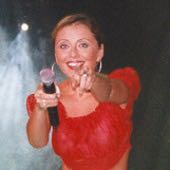