He graduated from the Moscow Art Theatre School-Studio, and played in the Riga Russian Drama Theatre and Mayakovsky Theatre.

In the 1990s, he emigrated to the US, and later appeared in a number of Hollywood films, including The Saint, The Sum of All Fears, Lord of War, and Iron Man 2 (as Anton Vanko), as well as in TV series such as The West Wing (Episode: The Lame Duck Congress), Alias, and 24.

He was a professor at the Moscow Art Theatre Studio School and the Russian Academy of Theatre Arts, and was awarded the title of People's Artist of Russia. From 2003 to 2016, he had been teaching at the Stella Adler Studio of Acting of Los Angeles and the USC School of Cinematic Arts. He died on November 18th, 2016 at the age of 79. 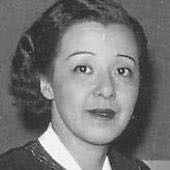