Yerry Fernando Mina González (born 23 September 1994) is a Colombian footballer who plays as a center back for Palmeiras in the Campeonato Brasileiro Série A.

He began at Independiente Santa Fe in 2014, quickly making a name for himself and establishing himself as a starter.

Palmeiras confirmed that they had signed Yerry Mina on May 1st 2016. He made his debut for the club on 4 July playing a full 90 minutes in a 1-3 victory over Sport Recife. His first goal for the Alviverde arrived in the following fixture, a 1-1 draw against Santos. Mina was however substituted off just before the end of the first half due to an apparent injury which had left the defender in tears as he exited the field on a stretcher. On 13 July it was confirmed that Mina would not recover in time for the 2016 Summer Olympics, with the expectancy of the injury estimated to be 6-8 weeks. 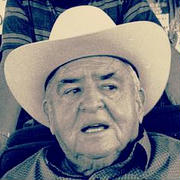 Colombian businessman who was associated with the Medellín drug cartel