Skrynnik was born on 30 August 1961 in Chelyabinsk, Russia. Her father was a mining engineer. In 1986, she graduated from Chelyabinsk Medical Academy.

In 1992, Skrynnik graduated from the State Academy of Agriculture of the Russian Federation and interned in Germany and France in the field of leasing technologies this made her a rare specialist in her field.

After graduation Skrynnik worked at the Chelyabinsk Polytechnical Institute clinic and later as deputy chief surgeon of Chelyabinsk Metallurgy Enterprise clinic. She then continued her medical career in cardiology at a regional clinic.

In 1994, she founded an Inter-regional Medical Leasing company named Medleasing. She was even named "Madam Leasing" and accused of money laundering. However, the inspection and audit of the Accounting Chamber did not confirm these allegations. As a result, the article was received by leading experts as an attempt to slow down the development of the leasing industry in Russia by attacking Elena Skrynnik as the actual creator, ideological inspirer and the best Russian specialist in this field. In 1998, she was given an international award for the best leasing project. Since 1997, she chaired the Russian Association of Leasing Companies and in 1998 she became the chairwoman of Experts Council for Leasing. In 1999, the Russian Biography Institute declared her The Person of the Year in nomination in economics and entrepreneurship. Since 2000, she has also been a board member of the Union of Russian Manufacturers and Entrepreneurs. In 2002, she became the general director of the state-run company Rosagroleasing. According to the newspaper «Kommersant, «Rosagroleasing» under the guidance of Skrynnik had significantly higher turnover and greater transparency of operations compared with the same indicators under the guidance of Valery Nazarov. One of the largest regional operators of Rosagroleasing reported, that «if in 2008 his company granted a lease of «about three thousand «harvesters per year, then in 2012, «the quantity went into dozens of pieces».

In November 2008, she was elected to Supreme Council of Russian political party United Russia. On 12 March 2009, Prime Minister Vladimir Putin appointed Skrynnik minister of agriculture of the Russian Federation. Her tenure ended in 2012 when she was removed from office due to her alleged involvement in nepotism and illegal activities to raise her wealth. Skrynnik was not included in the new Russian government in 2012, for she was on maternity leave. Allegations of possible corruption connections were refuted by the report of the Accounting Chamber, according to which the lessees debt in 2008 amounted to 1 billion rubles and not 39 billion rubles, as the media claimed. The corruption component has not been found by the auditors of Accounting Chamber. In an interview with TASS Skrynnik announced her intention to sue the journalists. According to some analysts, an inquiry of Skrynnik activities can be explained as an intra-elite struggle presented under the guise of the fight against corruption. Skrynnik, heading the state-owned company, was not a government official and was not related to the civil service category, so she did not commit any violations, considers a FBK partner Igor Nikolaev. Experts do not rule out that the problems could appear because of Skrynnik disagreements with Viktor Zubkov. Skrynnik could face administration friction with the first vice-premier in charge of agriculture, since he was interested to be the closing link of the chain in all agricultural policy matters. "Zubkov was meant to respond hard to violations of Rosagroleasing in any case,- said Yevgeny Minchenko from the Institute of Political Expertise: "To turn away a blow, as he led the company's board of directors".

On February 18, 2016 a TV program "Moment of Truth" came on the Channel 5, which stated that the charges in the address of Skrynnik were a frame-up. An author and presenter Andrew Karaulov analyzing Skrynnik activity as a Minister of Agriculture, concluded that the cause of the incident was her decision to drastically reduce imports of "Bush legs" to the Russian market. Another reason was called the successful implementation of the program of import substitution by Skrynnik signed by Putin. In an attempt to discredit Skrynnik, the film accused the largest producers of chicken meat from the United States, and as a proof of the groundlessness of the attacks on the ex-minister nominated the fact that on any of the charges against Skrynnik - in Russia, Switzerland and other countries - criminal cases were not opened.

In October 2015, Swiss Federal attorney opened a criminal investigation against Skrynnik on the suspicion of money laundering and ordered her bank accounts to be arrested. It soon became clear that the reports about the accounts were not true, and the General Prosecutor of Switzerland has no claims to Skrynnik. Skrynnik and seizure of her accounts are not mentioned in the request to the General Prosecutor of the Russian Federation on legal assistance in a criminal case which is being investigated in Switzerland in relation to Russiandefendants. Sergei Ivanov, the presidential chief of staff of Russian Federation, said: “As far as I know, the General Prosecutor of Switzerland has no claims specifically to Elena Skrynnik. There are claims, and significant ones, in relation to her deputy, who previously worked in “Rosagroleasing.” In his opinion, we should not pay attention to the publications in media on that. “Do not read Soviet newspapers”, - said Ivanov.

After that, according to some Russian media reports, she was expelled from her party, United Russia, since she "lost connections to the party". However, it soon became clear that the Media reports about her membership in the United Russia were not true. "The information about her expulsion is not consistent with the reality" - said Sergey Neverov, the ex-Secretary of the General Council of the party United Russia.

Skrynnik was a Candidate of Sciences in economics since 2010. On December 24, 2014, she was stripped of her degree due to the thesis was proven to mostly consist of plagiarism.

From March 12, 2009 to May 21, 2012 – the Minister of Agriculture of the Russian Federation. Her appointment was greeted with optimism in the government circles. Skrynnik activities in agriculture were highly appreciated by Boris Gryzlov, the Chairman of the State Duma of the Russian Federation: «Elena Skrynnik ... made a great contribution to the development of agricultural support mechanisms. During regional business trips, I often visit farm units ... and I know how leasing programs are in demand for agricultural production».

In May 2009 by the beginning of the field work Skrynnik established a state-owned company for the supply of fuel, oil and lubricants at preferential prices for rural areas. At a later time, the Ministry of Agriculture directed by Skrynnik established a system of uninterrupted supply of fuel, oil and lubricants for rural equipment and technology on preferential terms. In 2011 the Russian government decided to abandon the procurement of imported sugar, as for the preceding two years sufficient amount of sugar beet was produced in the country. In the same year, Russia began exporting sugar for the first time ever.

Under Skrynnik leadership Russia began providing itself with the main categories of agricultural products. For the control over the price formation the Ministry of Agriculture started active cooperation with the Federal Anti-Monopoly Service. Since January 1, 2010 the directive of a Chief State Medical Officer came into effect in Russia.It bans selling chicken, in the production of which high-concentration chlorine compounds are used for disinfection. According to some experts, Skrynnik was one of the initiators of this ban. In 2010 Skrynnik began carrying out a policy of import substitution, within which there began reduction in imports of poultry meat to Russia and increase of exports of Russian meat. To support Russian milk producers, Skrynnik banned import of milk powder to Russia from Belarus.

In 2010 in the drought, Skrynnik managed to increase in lending in 2011 to restore the production of agricultural products. In August 2010 after the drought the Ministry of Agriculture resumed work of the Federal Commission for the financial recovery of agricultural producers to restructure debts of agricultural companies. The commission's task was to prevent bankruptcies in this industry due to drought. In 2011, during the locust plagues in the majority of regions of Russia, Skrynnik supported initiative of creating special mobile units, which still successfully control pests.

Skrynnik and Russian President Dmitry Medvedev in the Kremlin.
The contents of this page are sourced from Wikipedia article. The contents are available under the CC BY-SA 4.0 license.
comments so far.
Comments
From our partners
Sponsored 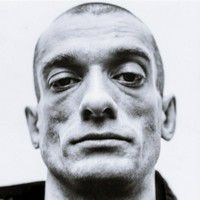