She was one of three children born to actors Sergei Bondarchuk (1920–1994, died from heart attack) and Irina Skobtseva (born in 1927). Her half-sister is actress Natalya Bondarchuk and her younger brother is the actor Fyodor Bondarchuk (born 1967). She had one child, a son, by her marriage to Vitaly Kryukov, which ended in divorce.

The contents of this page are sourced from Wikipedia article on 09 May 2020. The contents are available under the CC BY-SA 4.0 license.
View Alyona Bondarchuk 's image gallery
Image Gallery 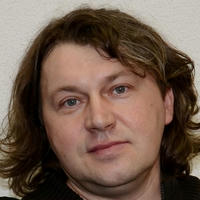