Jin Ye (靳烨; Jìn Yè; born November 28, 1988 in Shijiazhuang, Hebei) is a Chinese dancer, model and beauty pageant titleholder who was crowned as Miss Universe China in 2013 session and represented her country at the Miss Universe 2013 pageant in Russia.

Jin was crowned by the previous year's winner, Diana Xu, Miss Universe China 2012. The pageant finale was on September 28, 2013 and was held at Jing An Shangri-La Hotel in Shanghai.

Jin competed at Miss Universe 2013 in Moscow, Russia where she finished in the Top 16. She was the third Chinese woman to place at Miss Universe. She was also chosen by her fellow contestants as Miss Congeniality and was awarded a $1,000 cash prize and a gift from Diamond Nexus. 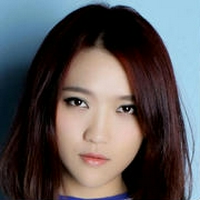