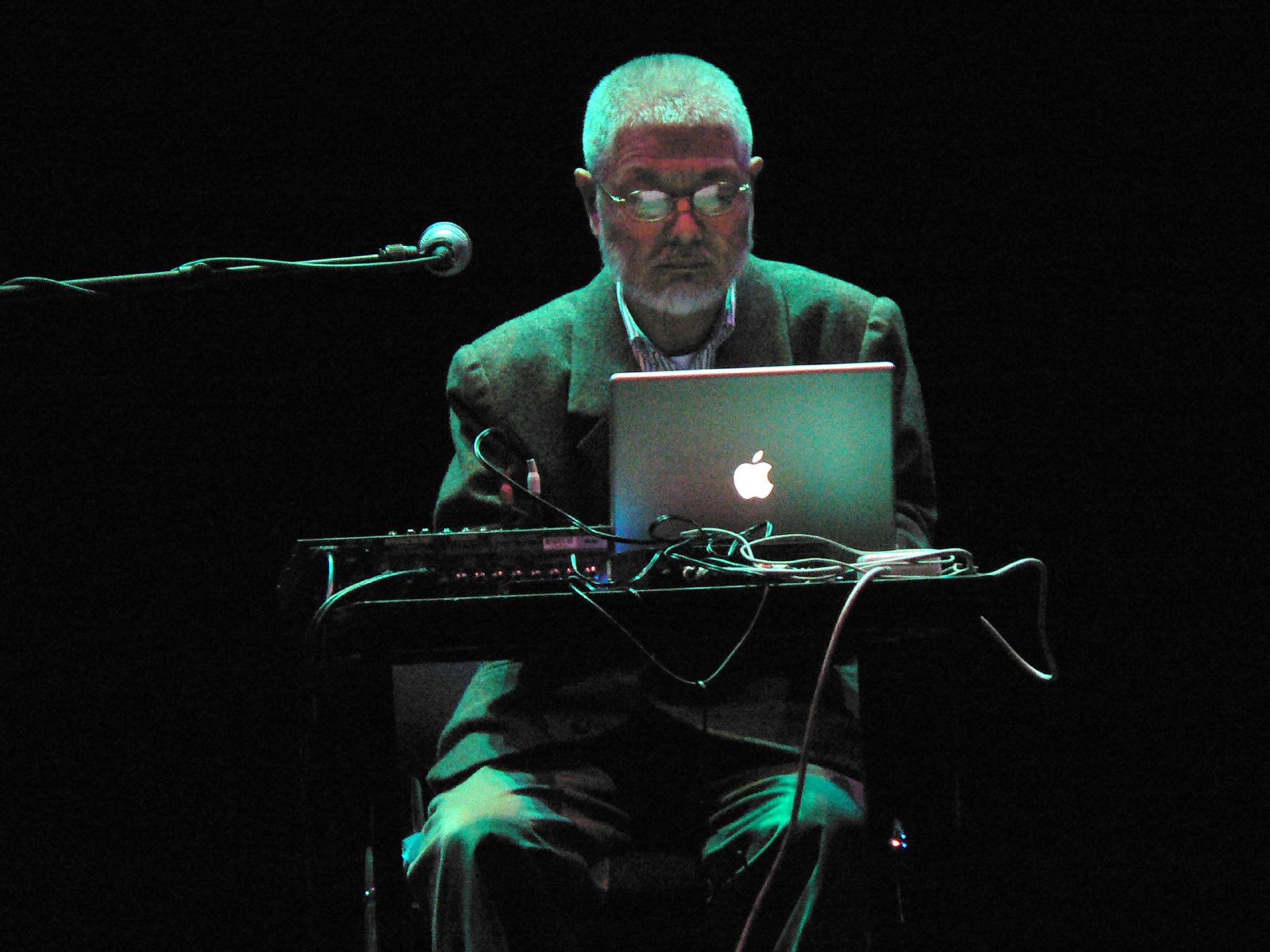 Yasunao Tone (刀根 康尚, Tone Yasunao) is a Japanese artist who has worked with many different types of media throughout his career. He was born in Tokyo, Japan in 1935, and he graduated from Chiba Japanese National University in 1957, majoring in Japanese literature. He became active in the Fluxus movement in the 1960s and moved to the United States in 1972. He organized and participated in many noise music performance groups such as Group Ongaku, Hi-Red Center, and Team Random (the first computer art group organized in Japan).

Yasunao Tone is known mostly for his musical work, much of which relies on unconventional techniques. Tone began manipulating compact disks to achieve uniquely mangled sounds in the early 1980s. For his 1997 album, Solo for Wounded CD, he damaged audio CDs and used the information that a CD player was able to extract from those discs to create new pieces. Tone's CD player based works employ a process of "de-controlling" the device's playback so that it randomly selects fragments from a set of sound materials. Tone has stated that the error-correction functionality of modern CD players has made it hard to continue to use this technique and, for this reason, he continues to use older equipment. For his collaboration with Florian Hecker, Palimpsest, he converted Japanese Man'yōshū poems to sound.

Always active in United States with avant-garde music artists, he has been awarded a CAPS Grant in multi-media, a 2004 Foundation for Contemporary Arts Grants to Artists Award, a New York State Council on the Arts commission grant for flutist Barbara Held, a National Endowment for the Arts grant for collaborative work with Blondell Cummings and Senga Nengdi, and a New York Foundation for the Arts Fellowship in performance/emerging forms.