Yassin El-Azzouzi (born 13 January 1983) is a retired French-Moroccan retired footballer who played as a striker.

After making few appearances in the first half of the 2011–2012 season under coach Frédéric Hantz at Bastia, he was linked with Chamois Niortais. He went on to score 8 goals in Ligue 2 that season. However, despite his contract running until 2013, El-Azzouzi decided to end his career at the age of 30 in summer 2012. 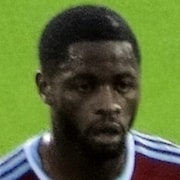