Yasir Abbas Naqvi MPP (born c. 1973) is a Canadian politician in Ontario, Canada. He is a Liberal member of the Legislative Assembly of Ontario who was elected in 2007. He represents the riding of Ottawa Centre. He was also the President of the Ontario Liberal Party. He is a member of the Ontario cabinet in the government of Kathleen Wynne.

Naqvi was born and raised in Karachi, Pakistan and immigrated to Canada with his family in 1988 at the age of 15 after his father was arrested for leading a pro-democracy march. Naqvi settled in the Niagara Falls, Ontario-area and attended McMaster University and the University of Ottawa Law School. He was called to the Bar in Ontario in 2001 and began practising in international trade law at Lang Michener LLP and eventually became a partner. He left Lang Michener in 2007 to join the Centre for Trade Policy and Law at Carleton University. He was President of the Liberal Party of Ontario.

The Ottawa Citizen named Naqvi as one of its "People to Watch in 2010", with a profile in the 9 January 2010 Saturday Observer headlined "Yasir Naqvi, he's a firecracker". Ottawa Life magazine also included him in its Tenth Annual "Top 50 People in the Capital" list for 2010. In a September 2011 column, Adam Radwanski of The Globe and Mail called Naqvi "possibly the hardest-working constituency MPP in the province."

Prior to entering politics he volunteered with a number of community associations including the Centretown Community Health Centre and the Ottawa Food Bank.

Naqvi ran in the 2007 provincial election as the Liberal candidate in the riding of Ottawa Centre. He defeated NDP candidate Will Murray by 2,094 votes. He was re-elected in 2011 and 2014.

Naqvi introduced three Private Member's Bills - the "Safer Communities and Neighbourhoods Act", the "City of Ottawa Amendment Act", and the "Escaping Domestic Violence Act". None were carried forward. Parts of the City of Ottawa Amendment Act were passed as part of the 2010 budget. On 17 September 2009, Naqvi introduced a co-sponsored notion with NDP member France Gélinas declaring the third week of February "Kindness Week", inspired by a successful Kindness Week initiative underway in Ottawa.

In March 2013, an article appeared in the Toronto Sun which claimed that Naqvi had endorsed an Islamist book on men physically punishing their wives. The following day in the National Post, Naqvi denied having endorsed the book.

In February 2013, when Kathleen Wynne took over as Premier, she appointed Naqvi to her first cabinet as Minister of Labour. After the June 2014 election, Naqvi was moved to the position of Minister of Community Safety and Correctional Services and Government House Leader. On 13 June 2016 he assumed the role of Attorney General following a cabinet shuffle. Election signs for the major party Ottawa Centre candidates during the 2007 election.
The contents of this page are sourced from Wikipedia article. The contents are available under the CC BY-SA 4.0 license.
comments so far.
Comments
Trending today in 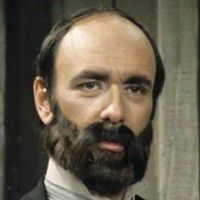 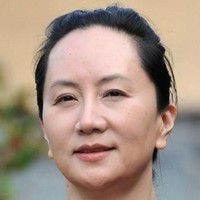