Yasin Öztekin (Turkish pronunciation: [ˈjasin ˈøztecin]; born 19 March 1987) is a German-born Turkish professional football player who plays as a winger for Galatasaray in the Süper Lig, and Turkey national team. He has previously played in Borussia Dortmund's academy and youth teams.

Yasin Oztekin played his youth career in Borussia Dortmund II from 2006 to 2010. During 2010-2011 season Yasin Oztekin was offered a role in the A squad but later was sent to the youth team of Dortmund.

On January 5, 2011, Yasin Oztekin signed a deal with Gençlerbirliği for 21 years on a free transfer. On January 12, 2011, he played his first game in the campaign's against Bucaspor and January 16, 2011, he scored an own goal in the campaign's against Yeni Malatyaspor. Yasin played 50 games in 1.5 years and scored 8 league goals, which later attracted bigger clubs to target Yasin in the transfer market.

On May 22, 2012, Yasin Oztekin had signed a 4-year deal with Trabzonspor on a free transfer. While playing for Trabzonspor he played 23 games and scored only 3 goals during 2012-2013 Turkish Super League season.

On July 22, 2013, Yasin Oztekin was sent to Kayseri Erciyesspor for a fee of 417 Euros and signed a contract for 3 years. During that season Yasin had played 28 league matches and was able to score 6 goals.

On June 8, 2015, he made his international debut for Turkey in a 4-0 home friendly win against Bulgaria. He played the first half before being substituted for his club teammate Selçuk İnan. 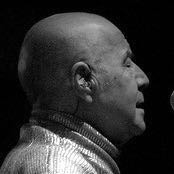