Yaqub Beg Head of the Kingdom of Kashgaria

The first name, Muhammad, is subject to the usual variations in spelling as well.

Early life: Yakub Beg was born in the town of Pskente, in the Khanate of Kokand (now in Uzbekistan). He rose rapidly through the ranks in the service of the Khanate of Kokand. By the year 1847 he was commander of the fort at Ak-Mechet until its capture by the Russians in 1853. He seems to have left the fort before its fall. Later that year he led an unsuccessful attempt to re-take it. He was involved in the complex factional shifts of the Khanate of Kokand. In 1864 he helped defend Tashkent during the first Russian attack.

Establishment (1865): As a result of the Dungan Revolt (1862–77), by 1864 the Chinese held only the citadels of Kashgar and a few other places. The Kyrgyz or Kazakh Sadic Beg entered Kashgar, was unable to take the citadel and sent to Tashkent for a Khoja to become ruler. Burzug Khan, the only surviving son of Jahangir Khoja, left Tashkent with 6 men, was joined by Yakub Beg, left Kokand with 68 men, crossed the frontier in January 1865, gained more supporters was soon installed on the throne of his ancestors. Sadic Beg revolted, was defeated by Yakub Beg and driven beyond the mountains. Yakub went southeast to Yarkand, the largest town in the region, and was driven out by an army from Kucha. He next besieged the Chinese at Yangi Hissar for 40 days and massacred the garrison. Sadic Beg reappeared, was defeated and talked into becoming an ally. Invaders from Badakshan were also talked into alliance. A Dungan force from Kucha and eastward arrived at Maralbeshi, was defeated and 1000 of the Dungans joined Yakub Beg. Yarkand now decided to submit to Burzug Khan and his great vizier. The Chinese in the Kashgar citadel now had no hope. In September 1865 the second in command and 3000 men surrendered, converted to Islam and joined Yakub Beg. The actual commander refused and blew himself up along with his family. (The commanders of Yarkand and Kulja had done the same.) An army of rebels from Kokand arrived and joined Yakub. Late in the year Burzug Khan and Yakub went to Yarkand to deal with a disturbance. The Dungan faction suborned Yakub’s Dungans and he was reduced to a few hundred men. Burzug drew off to a separate camp, Yakub defeated the Dungans, Burzug Khan fled to Kashgar and declared Yakub a traitor. The religious leaders supported Yakub and Burzug was seized in his palace. He was confined for 18 months, was exiled to Tibet and later found his way to Kokand. In a little more than a year Yakub had become master of Kashgar, Yarkand and Maralbashi, roughly the western end of the Tarim Basin as far as the Yarkand River.

Kokand
Places for Yakub Beg. The map is about 800 miles wide.

Expansion eastward (1866–67): Around 1866 he moved southeast from Yarkand and took Khoten by treachery and some slaughter. Beyond Khoten the south side of the Tarim Basin does not seem to have been militarily significant. In the spring or summer of 1867 he moved northeast and took Aksu easily and Kucha with some difficulty. Returning to Kashgar he took Uqturfan. Before leaving Kucha he received the submission of Karashar, Turfan, Hami and Urumchi. Thus by his third year (1867) he had nominal control of the whole Tarim Basin and some power to the northeast at Urumchi. To the west, at about this time, Russia annexed Tashkent and Samarkand.

More Wars: In 1869 he annexed “Sirikul” (possibly Tashkorgan) on the road to India. At this point documentation becomes poor. In 1869 he began a series of wars eastward taking Korla and other places. Turfan was taken in July 1870. There was a Battle of Ürümqi (1870). He fought with Hami and Urumchi but did not annex them.

Downfall (1877): The Chinese began their reconquest in 1876. Yakub died in 1877 while retreating from the Chinese. (See Qing reconquest of Xinjiang.)

Boulger praised Chinese rule, seeing them, like the British in India, as foreign conquerors who brought peace and order. He admired Yakub as a soldier and politician, but thought that his position was ultimately hopeless.

Poems were written about the victories of Yaqub Beg's forces over the Chinese and the Dungans (Chinese Muslims).

Yaqub Beg was given the title of "Athalik Ghazi, Champion Father of the Faithful" by the Amir of Bokhara in 1866. The Ottoman Sultan gave him the title of Amir.

Yaqub entered into relations and signed treaties with the Russian Empire and Great Britain, but when he tried to get their support against China, he failed.

Yakub Beg was disliked by his Turkic Muslim subjects, burdening them with heavy taxes and subjecting them to a harsh version of Islamic Sharia law.

The Tarim Basin was conquered by him acting as a Khoqandi foreigner and not as a local separatist Uyghur, which he was not at all.

Yaqub Beg's rule was unpopular among the natives with one of the local Kashgaris, a warrior and a chieftain's son, commenting: "During the Chinese rule there was everything; there is nothing now." There was also a falling-off in trade.

Yakub came to power after the Chinese were driven out. The Chinese only became important when they returned with an army. The Khan of Kokand had some claim over Barzug Khan as a subject, but did nothing in practice. Russia and England never recognized Yakub as a legal ruler. Yakub was careful not to provoke the Russians but was firm in resisting pressure from their side. The British sent agents from India, but the country between Kashgar and British India was too difficult for the British to do much.

In 1867 Yakub rejected a Russian proposal to build a road into his territory. Reinthal went to Kashgar with no effect. Yakub sent a man to Punjab and in response, in 1868, Robert Barkley Shaw went unofficially to Kashgar, the first Englishman to do so. He was soon joined by George W. Hayward. In 1870 Thomas Douglas Forsyth was sent to Kashgar as envoy, found Yakub campaigning in the east and returned to India. In 1871 Russia occupied Kulja. In 1872 Alexander Kaulbars went from Kulja to Kashgar and signed a trade treaty, but Yakub Beg was careful that Russian merchants made little profit. Kaulbars left with Haji Torah or Seyyid Yakub Khan, the nephew of Yakub Beg. Haji Torah went to Tashkent, St Petersburg and Constantinople, through the Suez Canal to India and returned with Forsyth. In 1874 Forsyth went to Kashgar and signed a trade treaty. In 1875 Russia planned to invade Kashgar, but this was interrupted by the events leading to the annexation of Kokand.

The death of Yakub Beg

His manner of death is unclear. The Times of London and the Russian Turkestan Gazette both reported that he had died after a short illness. The contemporaneous historian Musa Sayrami (1836–1917) states that he was poisoned on May 30, 1877 in Korla by the former hakim (local city ruler) of Yarkand, Niyaz Hakim Beg, after the latter concluded a conspiracy agreement with the Qing (Chinese) forces in Jungaria. However, Niyaz Beg himself, in a letter to the Qing authorities, denied his involvement in the death of Yakub Beg, and claimed that the Kashgarian ruler committed suicide. Some say (probably, without any basis in fact) that he was killed in battle with the Chinese.

While contemporaneous Muslim writers usually explained Yakub Beg's death by poisoning, and the suicide theory was apparently the accepted truth among the Qing generals of the time, modern historians, according to Kim Hodong, think that natural death (of a stroke) is the most plausible explanation. Contemporaneous western sources say the Chinese got rid of him by poisoning him or some other sort of subversive act. Westerners also say he was assassinated.

The exact date of Yakub Beg's death is also somewhat uncertain. Although Sayrami claimed that he died on April 28, 1877, modern historians think that this is impossible, as Przewalski met him on May 9. The Chinese sources usually give May 22 as the date of his death, while Aleksey Kuropatkin thought it to be May 29. Late May, 1877 is therefore thought to be the most likely time period.

Yaqub Beg and his son Ishana Beg's corpses were "burned to cinders" in public. This angered the population in Kashgar, but Chinese troops quashed a rebellious plot by Hakim Khan to rebel. Four of his sons and two grandsons were captured by the Chinese; one son was beheaded, one grandson died, and the rest were sentenced to be castrated and enslaved to soldiers. Surviving members of Yaqub Beg's family included his 4 sons, 4 grandchildren (2 grandsons and 2 granddaughters) and 4 wives. They either died in prison in Lanzhou, Gansu, or were killed by the Chinese. His sons Yima Kuli, K'ati Kuli, Maiti Kuli, and grandson Aisan Ahung were the only survivors in 1879. They were all underage children, and put on trial, sentenced to an agonizing death if they were complicit in their father's rebellious "sedition", or if they were innocent of their father's crimes, were to be sentenced to castration and serving as a eunuch slave to Chinese troops, when they reached 11 years old. Although some sources assert that the sentence of castration was carried out, official sources from the US State Department and activists involved in the incident state that Yaqub Beg's son and grandsons had their sentence commuted to life imprisonment with a fund provided for their support. After his death his state of Kashgaria rapidly fell apart, and Kashgar was reconquered by the Qing dynasty and later inherited by the Republic of China.

Yaqub Beg makes a notable appearance in the second half of George Macdonald Fraser's novel Flashman at the Charge.

One source says that his tomb was at Kashgar but was razed by the Chinese in 1878.

The name Yaqub Beg was used for a son of Yulbars Khan.

Al-Qaeda ideologue Mustafa Setmariam Nasar praised Yaqub Beg, praising his buildings of educational institutions for Islam and Mosques calling him "Attalik Ghazi" and a "good man" for his war against Buddhists and Chinese.

The Turkistan Islamic Party mentioned Yaqub Beg's war in issue 1, and issue 19 of its magazine "Islamic Turkistan" in an article about the history of the region. 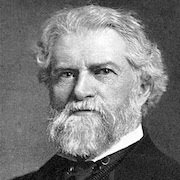 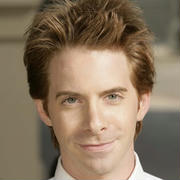