Later she played in Germany's Bundesliga for DSC Kaiserberg, helping the club win the 1980-1981 season as well as the 1981 ETTU Cup.

After retirement she coached the German club ATSV Saarbrücken, and is currently the head coach of the Saarland Table Tennis Association.

The contents of this page are sourced from Wikipedia article on 24 Apr 2020. The contents are available under the CC BY-SA 4.0 license.
comments so far.
Comments
From our partners
Sponsored
Reference sources
References
https://archive.org/details/guinnessencyclop00matt
http://www.ittf.com/ittf_stats/All_events3.asp?ID=7923&From=0&To=&s_EVENTS=&s_Evnt=&s_Gender=& 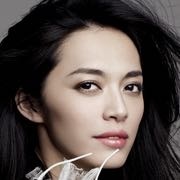 Marquess He of Yan