Yang Shangkun 4th President of the People's Republic of China

4th President of the People's Republic of China

Yang Shangkun (3 August 1907 – 14 September 1998) was President of the People's Republic of China from 1988 to 1993, and was a powerful Vice Chairman and Secretary-General of the Central Military Commission under Deng Xiaoping. He married Li Bozhao in 1929, one of the few women to participate in the Long March, as did Yang.
Yang attended university in Shanghai before studying Marxist theory in Moscow, making him one of the best educated leaders of the early Communist Party of China. Yang returned to China as one of the 28 Bolsheviks and originally supported the early communist leader Zhang Guotao, but switched allegiance to Mao's faction during the Long March. He served as a political commissar during the Chinese Civil War and the Second Sino-Japanese War.
After the founding of the People's Republic in 1949, Yang held a number of political positions, eventually becoming a member of the powerful Central Committee of the Communist Party of China. He was purged when the Cultural Revolution broke out in 1966, and was not recalled until 1978, after Deng Xiaoping rose to power. After his return to power, Yang became one of China's Eight Elders. Yang promoted economic reform but opposed political liberalization, a position which Deng eventually came to identify with. Yang reached the height of his political career after the Tiananmen Square protests of 1989, but his organized opposition to Jiang Zemin's leadership led Deng to force Yang to retire.

Yang was born to a land-owning family in Shuangjiang, Tongnan County, near the city of Chongqing in Sichuan, and studied at Chengdu Higher Normal School and its affiliated secondary school in 1920–25, and then returned to Chongqing. His older brother, Yang Yangong, was one of the founding Executive Committee members of the Chinese Communist Party (CCP) in Sichuan, and undoubtedly had an influence on Yang Shangkun’s ideological orientation. After joining the Communist Youth League in 1925, and the CCP in 1926, he enrolled in Shanghai University. Later in 1926 Yang traveled to the Soviet Union to study at the Moscow Sun Yat-sen University. Yang's post-secondary education made him one of the best educated early Communist Party leaders. Yang was a member of a group of Chinese students who studied in Moscow and returned to China to take a leading role in the CCP, later known as the 28 Bolsheviks.

The Comintern sent Yang back to China to assist and support other pro-Comintern CCP leaders, including Bo Gu, Otto Braun, Wang Ming, and Zhang Guotao, but Yang and some of the other 28 Bolsheviks, including Ye Jianying, supported Mao in preference to leaders which the Comintern preferred. Before the Long March, Yang served in Zhang Guotao's army, but joined Mao's forces when Mao and Zhang met briefly in June–July 1935, in the middle of the Long March. After Ye Jianying fled Zhang's headquarter with all of the maps and code books to Mao's camp, Yang and another colleague also fled from Zhang Guotao's headquarter with top secret documents, and they were forced to hide along the way in order to escape the Zhang's cavalry sent to capture them. Eventually they made it safely to Mao's headquarter with these important documents. Yang's defection earned him Mao's trust, but Yang's wife was not able to leave Zhang's force, and the couple did not reunite until 1936, after Zhang's force was decisively defeated by Kuomintang warlords, and the survivors fled back to Yan'an.

Yang served as a military commissar throughout the Chinese Civil War and the Second Sino-Japanese War. Most of Yang's service was in armies commanded by Peng Dehuai, until Peng was removed from active command in the early 1940s. After Peng was purged in 1959 for opposing Mao's Great Leap Forward, Yang was one of the few leaders of the CCP who continued to maintain a close relationship with Peng.

Yang held a senior position in the CCP Central Committee from 1956 to 1966, giving him a degree of direct control over most important Communist Party affairs. On the eve of the Cultural Revolution Yang was identified as a supporter of Liu Shaoqi and Deng Xiaoping, and was purged as a counter-revolutionary. After being ejected from the Communist Party and removed from all positions, Yang was persecuted by Red Guards, who accused Yang of planting a covert listening device to spy on Mao, the same accusation shared by Deng Xiaoping.

Yang remained in prison until Mao died and Deng Xiaoping rose to power, in 1978. After Deng gained control of the military he recalled Yang, raised him to the position of general, and gave Yang the responsibility of modernizing China's army, which Deng considered backward and larger than necessary. Deng raised Yang to the position of Vice Chairman of the Central Military Commission in order to give Yang the authority to complete these reforms (Deng was Chairman). In 1982 Yang was appointed to the Politburo.

Yang's experiences with radical Maoism strengthened Yang's support for Deng's agenda of Chinese economic reform. Yang had a close friendship with Deng and shared many of Deng's long-term economic goals, but was far less enthusiastic about the agenda of political liberalization promoted by other senior leaders favoured by Deng, including Hu Yaobang, Zhao Ziyang, Wan Li, and Hu Qili. Throughout the 1980s, Deng came to agree with Yang's aggressive support for Chinese economic reform and his conservative stand against liberal political reform. Yang's family benefited from Deng's economic reforms, and he was able to promote his children to important posts in several state-owned monopolies that the Chinese government founded to promote economic growth.

In the early 1980s, Yang explicitly backed the efforts of a foreign China historian, Harrison Salisbury, to compile an account of the Long March by conducting extensive interviews with surviving Long March participants. The resulting book, Long March: The Untold Story, has been praised by China scholars as an excellent synthesis of first-hand oral sources. Within China, many Chinese veterans asked why it took a foreigner to produce such a book.

In 1988, Yang was appointed Chinese President replacing Li Xiannian. Under the conventions of the 1982 Constitution, the President's role was largely symbolic, with formal executive power wielded by the General Secretary of the Communist Party and the Premier of the State Council. In practice, party and state leaders still deferred to paramount leader Deng Xiaoping.

Yang's role during the Tiananmen protests of 1989 caused a fundamental shift in China's political structure. Yang was at first sympathetic to the students, and he sided with General Secretary Zhao Ziyang in supporting them. As the Vice Chairman and Secretary-General of the Central Military Commission, he even praised Zhao's position by claiming that “[Zhao] Ziyang’s notion of pacifying the student movement through democracy and law is good and seems quite workable right now.” Zhao's position was contested by Premier Li Peng, who wanted to use force to suppress the student demonstrations, and who engaged in an internal power struggle with Zhao to convince other senior leaders of his position.

After it became clear that Li was more successful in gaining the support of other senior CCP members, Yang changed his position, and supported Li. In May 1989 Yang appeared on Chinese television with Li, where he denounced the student demonstrations as "anarchy" and defended the imposition of martial law on several areas of Beijing affected by the protests. Under the orders of Deng Xiaoping, Li mobilized and planned the suppression of the demonstrators, an operation in which several hundred protesters were killed on June 4, and on subsequent days. Yang's nephew, Yang Jianhua, commanded the highly disciplined 27th Group Army, which was brought into Beijing from Hebei to suppress the demonstrators.

After 1989, Yang became extremely influential within the People's Liberation Army. Yang and his younger half-brother, Yang Baibing, purged China's military of any officers who had not sufficiently supported the government's violent crackdown on students. Yang then began an organized attempt to fill as many senior military positions as possible with his supporters, generating an attitude of resentment among other military elders, who accused Yang of attempting to dominate the army and possibly challenge Deng's authority by developing a "Yang family clique". When Deng began to groom Jiang Zemin (who had been the Party secretary of Shanghai) to succeed him as paramount leader, Yang resisted Jiang's leadership, and Deng successfully forced Yang to retire in 1993, along with some of his family. Before he died in 1998, Yang Shangkun told army doctor Jiang Yanyong that "June 4" had been the most serious mistake committed by the Communist Party in its history, a mistake that Yang believed he could not correct, but which he believed would eventually be corrected.

Yang died on September 14, 1998. His official obituary described him as "a great proletarian revolutionary, a statesman, a military strategist, a staunch Marxist, an outstanding leader of the party, the state, and the people's army." 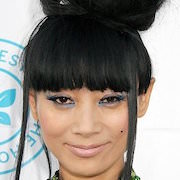 Pretender to the Chinese throne