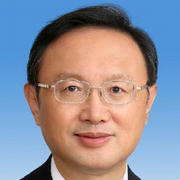 Yang Jiechi (Chinese: 杨洁篪; born 1 May 1950) is a high-ranking Chinese politician and diplomat. Since 2013, he has served as director of the Office of Foreign Affairs of the Communist Party of China under Party General Secretary Xi Jinping. He is generally regarded as one of the foremost contemporary architects of China's foreign policy. Yang served as the tenth Foreign Minister of the People's Republic of China between 2007 and 2013. He joined the inner circle of the State Council in 2013, as a State Councilor under Premier Li Keqiang. Yang spent much of his professional life in the United States, where he served as Chinese Ambassador from 2001 to 2005.

Yang was born in Shanghai on 1 May 1950. He graduated from Shanghai Foreign Language School and attended the University of Bath and the London School of Economics from 1973 to 1975. He received a PhD in history from Nanjing University.

He previously served as a diplomat in the United States, beginning as a Second Secretary in 1983 and later as Ambassador from 2001 to 2005, and as Vice Minister of Foreign Affairs responsible for Latin America and Hong Kong, Macau, and Taiwan. During the Tiananmen Square Protests of 1989, Yang accompanied Wan Li, the chairman of the National People's Congress, on a trip to North America.

During his tenure as ambassador to the United States, Yang worked to ease the tensions between the two countries following the 2001 mid-air collision between a U.S. EP-3 spy plane and a Chinese fighter jet off the coast of Hainan Island in the South China Sea.

In July 2010 at the ASEAN Ministers Conference in Hanoi, Yang, responding to remarks by U.S. Secretary of State Hillary Clinton on freedom of navigation in the South China Sea, called the remarks "an attack on China" and told Singapore's Minister for Foreign Affairs George Yeo that "China is a big country and other countries are small countries, and that's just a fact." However, Yang issued a statement on the Foreign Ministry's Web site saying that there was no need to internationalize the issue, that China was still intent on solving all of the disputes bilaterally.

In a meeting with Australia's foreign minister Bob Carr, Yang criticized the decision to put US Marines in Australia's Northern Territory by stating to Carr "Cold War alliances" were out of date, to which Carr "reminded Yang that Chinese leaders like to relate the story of the Ming dynasty admiral Zheng He who took powerful Chinese fleets as far afield as India and Arabia but sought to occupy no lands".

At the first plenary session of the 12th National People's Congress in March 2013, Yang Jiechi was elected as State Councilor.

In 2019 Yang was described as "the most senior Chinese official to attend [the] Munich Security Conference since it began in 1963." He gave a keynote address.

Yang Jiechi received an honorary degree from the Geneva School of Diplomacy in 2009. It was announced by the President of Pakistan on 14 August 2012 that Hilal-i-Pakistan (Crescent of Pakistan) would be given to Yang Jiechi on 23 March 2013.

George H. W. Bush said Yang Jiechi's other name is "Tiger Yang", because Yang Jiechi was born in 1950, the year of the Tiger according to the Chinese zodiac, and because his name, "Chi" (篪) contains a variant of "Hu" (虎, Tiger).

The contents of this page are sourced from Wikipedia article on 08 Mar 2020. The contents are available under the CC BY-SA 4.0 license.
View Yang Jiechi 's image gallery
Image Gallery 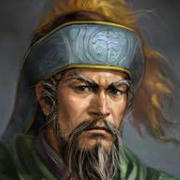