Yang was from the mountains in Luquan Yi and Miao Autonomous County, Yunnan province. He was blinded by a doctor's steroid eyedrops which damaged his cornea when he was in the third year of junior high. Although his family won the medical malpractice lawsuit, it did not receive any compensation because the doctor did not have money. The family had to borrow money to pay for his eye surgery.

The contents of this page are sourced from Wikipedia article on 17 Apr 2020. The contents are available under the CC BY-SA 4.0 license.
comments so far.
Comments
From our partners
Sponsored
Reference sources
References
http://news.sohu.com/20080909/n259464559.shtml
https://web.archive.org/web/20080925105835/http://results.beijing2008.cn/WRMP/ENG/BIO/Athlete/7/1203307.shtml
http://results.beijing2008.cn/WRMP/ENG/BIO/Athlete/7/1203307.shtml
https://www.paralympic.org/chunhong-yang
Trending today
All Film/TV Music Politics Sports Business Science Academia 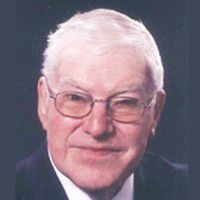