Yan Lianke (simplified Chinese: 阎连科; traditional Chinese: 閻連科; pinyin: Yán Liánkē; Wade–Giles: Yen Lien-k'e, born 1958) is a Chinese writer of novels and short stories based in Beijing. His work is highly satirical, which has resulted in some of his most renowned works being banned. He has admitted to self-censorship while writing his stories in order to avoid censorship.
He started writing in 1978 and his works include: Xia Riluo (夏日落), Serve the People (为人民服务), Enjoyment (受活), and Dream of Ding Village (丁庄梦). He has also published more than ten volumes of short stories. Enjoyment, which was published in 2004, received wide acclaim in China. His literature has been published in various nations, and some of his works have been banned in China.

Yan Lianke was born in Song County, Henan Province, China. Though he lives in Beijing, he has said that his heart remains in Henan, and he has based numerous works on life in Henan, including Dream of Ding Village. He entered the army in 1978. He graduated from Henan University in 1985 with a degree in politics and education. In 1991, he graduated from the People's Liberation Army Art Institute with a degree in Literature.

This phrase was coined by Mao Zedong in 1944 when he wrote an article, "To Serve The People", to commemorate the death of a red army soldier Zhang Side (张思德). In that article Mao said:" To die for the benefit of the people, is more important than Tai mountain; working for the fascists and dying for those who oppress and exploit the people, that death would be lighter than a feather. Comrade Zhang Side died for the benefit of the people, so his death is heavier than Tai mountain."
During the Cultural Revolution, this article was required reading for millions of Chinese; it was also one of the Three Old Articles(老三篇). "To serve the people" became one of the most popular slogans of all times, even being used today. However, there was evidence suggested by author Jung Chang's book Mao: The Unknown Story, indicating that Comrade Zhang Si-De was in fact killed while processing raw opium when the kiln collapsed on him.

Yan Lianke used Mao's phrase for the name of his novel "Serve The People!", which contains vivid and colorful descriptions of sex scenes, resulting in extensive controversy when it was featured in 2005 in a magazine "Flower City". The Chinese government ordered the publisher to stop the release of 30,000 copies of the magazine, which in turn created huge demand for the novel.

The storyline is similar to D. H. Lawrence's Lady Chatterley's Lover: the younger wife (32 yrs) of an old and impotent army general (52 yrs), begins to seduce a soldier (28 yrs), assigned to do the domestic chores for the general. During a three-day run of sex, the soldier runs out of energy. They discovered that when he smashes a bust items with Mao Zedong's image, he can get aroused again. Afterward they smash or deface all of the Mao imagery in their residence to prove their love for each other. The story's background, the Cultural Revolution, means the main characters are fully aware of the consequences of smashing Mao's statues: death by firing squad.

The novel was banned by the Chinese government at least partially because of its depiction of items related to Mao Zedong and political issues. It has been translated into French, Danish, German, Dutch, Italian, Czech and English. 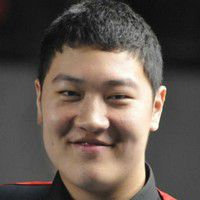