Yale Gracey (September 3, 1910 – September 5, 1983) was a Disney Imagineer, writer, and layout artist for many Disney animated shorts, including classics such as The Three Caballeros and Fantasia. Gracey joined the company in 1939 as a layout artist for Pinocchio. He designed many of the special effects for the Pirates of the Caribbean and Haunted Mansion attractions at Disneyland. The Haunted Mansion character Master Gracey was named in homage to him. Gracey retired from the company on October 4, 1975.

On September 5, 1983, Gracey was shot and killed in Los Angeles by a burglar. His wife was injured in the attack. Gracey and his wife, Beverly, were staying overnight at their cabana at the Bel Air Bay Club, on Pacific Coast Highway in the Pacific Palisades neighborhood of western Los Angeles. The shooting was reported at approximately 2:30 a.m. by another club member. A police spokesman indicated that Gracey and his wife were both asleep when an unknown intruder entered and shot them both, then fled onto the beach. A motive was not determined, and there were no suspects.

The contents of this page are sourced from Wikipedia article on 04 May 2020. The contents are available under the CC BY-SA 4.0 license.
View Yale Gracey 's image gallery
Image Gallery 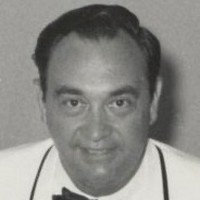 Aviator and activist from the usa, born 1903