Yair Lapid (Hebrew: יאיר לפיד‎‎, born 5 November 1963) is an Israeli politician, former Finance Minister and former journalist who is the Chairman of the Yesh Atid Party. He served as the Israeli Minister of Finance between 2013 and 2014. Prior to his entry into politics in 2012, he was a journalist, author, TV presenter and news anchor. The centrist Yesh Atid Party, which he founded, became the second largest party in the Knesset by winning 19 seats in its first election in 2013. The greater than anticipated results contributed to Lapid's reputation as a leading moderate.

In March 2013, following his coalition agreement with Likud, Lapid was appointed as the Israeli Minister of Finance. In May 2013, Lapid ranked first on the list of the "Most Influential Jews in the World" by The Jerusalem Post.

Yair Lapid, born in Tel Aviv, is the son of journalist and politician Yosef "Tommy" Lapid and author Shulamit (Giladi) Lapid. He has a sister, Merav, who is a clinical psychologist. Another sister, Michal, died in a car accident in 1984.

He is married to journalist Lihi Lapid and lives in the Tel Aviv neighborhood of Ramat Aviv. He and his wife have three children.

As a teenager, Lapid struggled with learning disabilities, and dropped out of high school. He never earned a bagrut (high school matriculation certificate). In January 2012, controversy arose after Lapid was admitted by Bar-Ilan University into a doctorate program, studying towards a PhD in hermeneutics. This was in violation of rules stating that all doctoral candidates must hold a BA. Lapid was admitted to the university based on his extra-academic credentials and career in journalism and writing.

After the Knesset Education Committee launched an investigation, the Council for Higher Education cancelled the program under which Lapid was admitted. It allows students without a BA to study towards a doctorate.

Yair Lapid in Jacob Goldwasser's 1991 film Beyond the Sea

Lapid started his journalism career while in the Army, as a military correspondent for the IDF's weekly magazine, Bamahane ("In the Camp"). He also wrote for the mainstream daily Maariv.

In 1988 at the age of 25, he was appointed editor of Yedioth Tel Aviv, a local newspaper published by the Yedioth Ahronoth group. In 1991, he began writing a weekly column in a nationwide newspaper's weekend supplement, at first for Maariv and later for its competitor, Yedioth Ahronoth. His column, called "Where's the Money?", became his slogan in seeking political office.

From 1989 to 2010, Lapid wrote and published several books, spanning a variety of genres: his first was a thriller, of which he has published three more; other writing includes two children's books, two novels, and a collection of his newspaper columns. In addition, he wrote a drama series, War Room, which was aired on Channel 2 in 2004.

His journalism work and TV hosting gave him widespread recognition, and he has commanded respect.

In January 2008, Lapid was the host of Ulpan Shishi (Friday Studio), the Friday night news-magazine of Channel 2. That year, his first play, The Right Age for Love, was performed by the Cameri Theater.

Lapid has amassed wealth in his career. In September 2013, the Israeli edition of Forbes magazine estimated his net worth at 22 million shekels.

On 8 January 2012 Lapid announced that he would be leaving journalism in order to enter politics. On 30 April 2012 Lapid formally registered his party, "Yesh Atid" (Hebrew: יש עתיד‎‎, lit. "There's a Future"). The move was aimed to coincide with the general expectation in Israel for early elections to be held in the early fall of 2012.

A few days after Yesh Atid's registration, in a surprise move, Israeli prime minister Benjamin Netanyahu formed a national unity government. It was then thought that Lapid's party would have to wait until late 2013 before it could participate in national elections. But in October 2012, following the departure of Kadima from Netanyahu's coalition over how to implement a Supreme Court decision ending the exemption from the military draft for the ultra-Orthodox, Netanyahu announced that elections would take place in late January 2013, affording Yesh Atid its first opportunity to run since its formation. In November 2012, Yesh Atid was polling an average of 11.6%, or 13–14 seats in the 120-seat Knesset. The final results of the January election showed the party winning an unexpected 19 seats, making Yesh Atid the second-largest party in the 19th Knesset.

Lapid was named Israel's finance minister on 15 March 2013. Only nine months later, a survey was published showing a continuing trend of decreasing popularity with 75% of those polled claiming to be disappointed by his performance and his party would only achieve 10 seats in the Knesset as opposed to the 19 party members who were elected at the beginning of the year.

On 2 December 2014, Lapid was fired from his post as finance minister by Prime Minister Benjamin Netanyahu.

Views on the Israeli-Palestinian conflict

Lapid said that he would demand a resumption of negotiations between Israel and the Palestinian Authority. His party's platform calls for an outline of "two states for two peoples", while maintaining the large Israeli settlement blocks and ensuring the safety of Israel. In January 2013, just days before the election, Lapid said he won't join a cabinet that stalls peace talks with the Palestinian Authority, and added that the idea of a single country for both Israelis and Palestinians without a peace agreement would endanger the Jewish character of Israel. He said, "We're not looking for a happy marriage with the Palestinians, but for a divorce agreement we can live with." As part of a future peace agreement, Lapid said that the Palestinians would have to recognize that the large West Bank settlement blocs of Ariel, Gush Etzion and Ma'aleh Adumim would remain within the State of Israel. According to Lapid, only granting Palestinians their own state could end the conflict and Jews and Arabs should live apart in two states, while Jerusalem should remain undivided under Israeli rule.

Regarding the diplomatic stalemate in the Israeli-Palestinian peace process, Lapid said that "Most of the blame belongs to the Palestinian side, and I am not sure that they as a people are ready to make peace with us." He has, however, dismissed as unrealistic the possibility of a comprehensive peace deal with the Palestinians.

In June 2015, after the March 2015 elections, Yair Lapid visited the United States and after an hour long interview, American journalist Jeffrey Goldberg wrote that, "Lapid is a leader of the great mass of disillusioned centrists in Israeli politics. He could conceivably be prime minister one day, assuming Benjamin Netanyahu, in whose previous cabinet he served, ever stops being prime minister. Now functioning as a kind of shadow foreign minister, Lapid argues that Israel must seize the diplomatic initiative with the Palestinians if it is to continue existing as a Jewish-majority democracy, and he is proposing a regional summit somewhat along the lines of the earlier Arab Peace Initiative. Lapid is not a left-winger—he has a particular sort of contempt for the Israeli left, born of the belief that leftists don’t recognize the nature of the region in which they live. But he is also for territorial compromise as a political and moral necessity, and he sees Netanyahu leading Israel inexorably toward the abyss."

In September 2015 Yair Lapid laid out his diplomatic vision in a major speech at Bar Ilan University in which he said "Israel’s strategic goal needs to be a regional agreement that will lead to full and normal relations with the Arab world and the creation of a demilitarized independent Palestinian state alongside Israel. That’s where Israel needs to head. Separation from the Palestinians with strict security measures will save the Jewish character of the state."

During election campaign, Lapid spoke of "equal share of the burden" for all Israeli citizens. He said he would work to see all Israeli citizens, including the thousands of haredim, who had up until that point been exempt from most civil service, be included in military and civil service. On May 27, 2013, Lapid threatened to topple the government unless ultra-Orthodox would be subject to criminal sanctions for draft-dodging. In the view of some Haredim, Lapid's plan represents a "spiritual holocaust" as they believe that their Jewish studies are what upholds Israel. Some Haredim have declared that even at the risk of being called criminals they will continue in their Jewish studies and refuse to enlist or perform civilian service. Lapid denies that he is seeking to destroy the Haredi way of life, and stated "Not one of us wishes, heaven forbid, to force hiloniyut (secularism) on you or to impose our version of Israeli identity. This state was established so that Jews could be Jews, and live as Jews, without having to fear anyone."

In May 2013, Lapid ranked first on the list of the "Most Influential Jews in the World" by The Jerusalem Post. 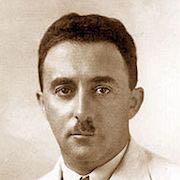