From 1958–1981 she was the designer of the set design for several hundred performances of the Polish Television Theater at Telewizja Polska (including Macbeth, School of Wives, Visit of an elderly Lady) and television programs. She was an author of stage design for 5 ballet films and created scenography for 35 classical theatrical and 15 opera performances. She also arranged 20 exhibitions at the Poznań International Fair as well as 20 foreign exhibitions.

From 1981, she was preparing fashion shows in Germany. Xymena Zaniewska was one of the characters in the documentary series by Robert Laus under the title "Twentieth Century" (2010), where the profiles of Polish artists were presented.

Her first husband was Ryszard Zaniewski, and with her second one - Mariusz Chwedczuk, also a scenographer - she often collaborated. Iwo Zaniewskii is her son.

"A Star of the Polish National Television" - an award for "scenography and personality" - 2002.

Her most notable scenographies include: 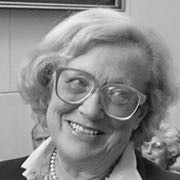