Xu Kuangdi FREng (Chinese: 徐匡迪; pinyin: Xú Kuāngdí; born December 1937) is a Chinese politician and scientist, best known for his term as Mayor of Shanghai from 1995 to 2001. He supervised the transformation of Shanghai during his administration into a center for international investment and trade that helped lead the intensive development of China's economy. Between 2003 and 2008, Xu served as Vice-Chairman of the Chinese People's Political Consultative Conference.

Xu was born in Tongxiang, Zhejiang province, near Shanghai. He graduated from Hangzhou High School. He graduated from the Beijing Institute of Iron and Steel Engineering in 1959, during the midst of the Great Leap Forward, and was a professor there from 1959 to 1963, then at the Shanghai Institute of Engineering from 1963 to 1971, through the height of the Cultural Revolution. He did not join the Communist Party of China until 1983. He studied in Britain in 1982 and 1983 and worked in Sweden from 1984 to 1985; he also won a national award for his design of a stainless steel pipe for use in aircraft production.

He held a number of other academic positions through 1991, when Zhu appointed him as director of the Shanghai Municipal Planning Commission, allegedly because he had remarked that he hated central planning. That position led to a number of increasingly powerful positions within the municipal government of Shanghai, until he was appointed Mayor. However, Xu was demoted in 2001, to a far more obscure position as party chief of the Academy of Engineering in Beijing, apparently as the result of an internal party power struggles. Xu was replaced by Executive Vice-Mayor Chen Liangyu, one of Jiang's associates who was later convicted on charges of corruption.

From 2003 to 2008 Xu was a Vice-Chairman of the Chinese People's Political Consultative Conference. He is a professor and doctoral supervisor at Shanghai University.

He retired on June 11, 2010 from his post as the Party Chief and President of the Chinese Academy of Engineering. Since 2014, he has served as a lead consultant for the Beijing-Tianjin-Hebei integration project.

In 2004 Xu was elected as an International Fellow of the UK Royal Academy of Engineering.

In 2006 Xu was made a Commander Grand Cross of the Swedish Order of the Polar Star.

In 2006 Xu was elected Foreign Associate of US National Academy of Engineering.

In 2007, Xu received the International Medal from the UK Royal Academy of Engineering.

At an October 4, 2007 ceremony, Xu received an honorary Doctor of Engineering degree from the Polytechnic University of New York.

On June 28, 2011, Xu received an honorary Doctor of Engineering degree from the City University of Hong Kong. 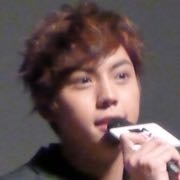 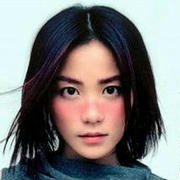