Xiyue Wang (born c. 1980, Chinese: 王夕越; pinyin: Wáng Xīyuè) is a Chinese-American PhD candidate in the Department of History at Princeton University. On 8 August 2016, he was arrested in Iran on charges of espionage while he was conducting research on the Qajar dynasty. It was alleged that he recorded some 4,500 pages of digital documents and paid thousands of dollars to access archives he needed and sought to access to confidential areas of Tehran libraries. In July 2017, he was sentenced to ten years in prison by Iran. The United States Department of State released the following statement, "The Iranian regime continues to detain US citizens and other foreigners on fabricated national-security related changes."

Born circa 1980 in Beijing, China, Wang earned a BA in South Asian studies from the University of Washington, then attended Harvard University from 2006 to 2008 and later worked for the International Committee of the Red Cross in Afghanistan. At Princeton, his thesis adviser is Stephen Kotkin. In a press briefing, a spokesperson of the Chinese Foreign Ministry stated that Wang does not hold Chinese citizenship.

The American Council on Education and 31 other higher education and research associations issued a statement urging Mr. Wang’s return home and more than 1,000 researchers from 25 countries have signed a petition also calling for his safe return. 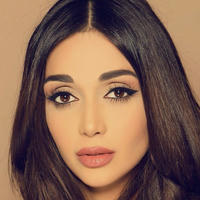