Xie Chen (Chinese: 陈谐; pinyin: Chén Xié) is a Chinese physicist and an associate professor of theoretical physics at the California Institute of Technology. Her work covers both the field of condensed matter physics and quantum information, with a focus on many-body quantum mechanical systems with unconventional emergent phenomena. She won the 2020 New Horizons in Physics Prize for "incisive contributions to the understanding of topological states of matter and the relationships between them"

Chen received her bachelor's degree in physics from Tsinghua University in 2006 and her Ph.D. in theoretical physics from Massachusetts Institute of Technology in 2012 under the supervision of Isaac Chuang and Xiao-Gang Wen. From 2012–2014, Chen was a Miller Research Fellow in University of California, Berkeley. In 2014, she joined California Institute of Technology as an assistant professor and in 2017 she was promoted to associate professor.

The contents of this page are sourced from Wikipedia article on 17 Apr 2020. The contents are available under the CC BY-SA 4.0 license.
comments so far.
Comments
From our partners
Sponsored
Reference sources
References
http://www.its.caltech.edu/~xcchen/index.html
https://www.caltech.edu/about/news/caltech-faculty-honored-breakthrough-and-new-horizons-prizes
https://breakthroughprize.org/News/54
https://academictree.org/physics/peopleinfo.php?pid=93675
https://www.caltech.edu/about/news/two-physicists-named-sloan-fellows-54178
https://ece.duke.edu/about/events/14292
Trending today in 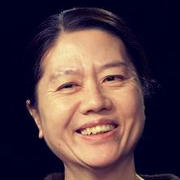 Chinese romance novelist based in Taiwan