Ordained at 18, Eikerenkoetter spent three years at the Center for Personal Transformation in the study of deep meditative techniques, received a BA in philosophy from Columbia University and a master's in counseling psychology from Pacifica Graduate Institute, focusing on Jungian and depth psychology.

Eikerenkoetter's musical studies include four years at the Harrison School of Music. He also studied shamanic training and healing and initiatory drumming techniques with Quechua (Peru), Dagara (Burkina Faso), and Sangoma (Zimbabwe) medicine men, and with the Masai tribe in Kenya. He learned the art of djembe, dunun, and Mandingue drumming from Mamady Keïta and Malinke.

Since 1983, Eikerenkoetter has served as a minister and, since 2009 when his father, Rev. Ike, died, spiritual leader of the congregation housed at the United Palace, formerly known as United Palace Cathedral, and now the United Palace House of Inspiration (UPHI), a non-denominational spiritual community. He founded two non-profit organizations: the United Palace of Cultural Arts (UPCA) in New York City and Rhythm Arts Alliance (RAA) in Los Angeles. Both organizations work with young people, fostering the development of conscious, soulful living in the world, with emphasis on the transformational power of art and music.

As a musician, Eikerenkoetter's three albums recorded to date are Mystic Journey (1998), Global Soul (2001) and Re-Enchantment: Music to Conceive By (2015). Other works include Xavier Eikerenkoetter's Guided Meditation.

The contents of this page are sourced from Wikipedia article on 29 Feb 2020. The contents are available under the CC BY-SA 4.0 license.
View Xavier Eikerenkoetter 's image gallery
Image Gallery 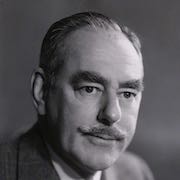