Vsevolod Chaplin (Russian: Всеволод Чаплин; 31 March 1968 — 26 January 2020) was a Russian celibate priest of the Russian Orthodox Church (Moscow Patriarchate). He was the chairman of the Synodal Department for the Cooperation of Church and Society of the Moscow Patriarchate from 2009 to December 2015.

Chaplin was a member of the Civic Chamber of the Russian Federation and rector of St. Nicholas on the Three Hills Church, Moscow. He was also deputy head of the World Russian People's Council until 29 December 2015.

According to opinion polls, Chaplin was the most recognizable person in the Russian Orthodox Church, after the Patriarch Kirill (data from 2013 year) and had a mass media reputation of an ultra-conservative cleric.

Vsevolod Anatolyevich Chaplin was born on 31 March 1968 to the family of an agnostic professor of radio engineering Anatoly Chaplin [ru] in Moscow. He attended school in Golyanovo, Moscow.

After he finished secondary education in 1985, he joined the staff of the Publishing Department of the Moscow Patriarchate. On recommendation of Metropolitan Pitirim [Wikidata], he entered the Moscow Theological Seminary, graduating in 1990.

He was ordained to the diaconate on April 21, 1991, and to the priesthood on January 7, 1992. He was elevated to archpriest in 1999. In 2009 he was appointed chairman of the newly created synodal department for the Cooperation of Church and Society of the Moscow Patriarchate.

On 24 December 2015, by the decision of the Holy Synod he was released from this position of head of the Department for the Cooperation of Church and Society, the latter being merged with the Information Department headed by Vladimir Legoyda [ru]. Chaplin was also removed from the Interconfessional Council of Russia [Wikidata].

Shortly after his dismissal, Chaplin gave a series of interviews which were sharply critical of Patriarch Kirill who he said would "not last much longer". In March 2017, he described people who fled to the West as traitors and expressed support for the killing of "traitors". He died in Moscow.

In addition to his other work, Fr. Vsevolod was a member of:

Fr Vsevolod's role as Chairman of the Department for the Cooperation of Church and Society meant that he made public statements on religion and ethics, including:

Vsevolod Chaplin was one of the closest and loyal people of Kirill for many years, said the former Patriarch Alexy II, congratulating him with the birthday in 2008 year. They both were the main developers of The Basis of the Social Concept of the Russian Orthodox Church [ru]. The Australian Broadcasting Corporation calls Chaplin: "Patriarch Kirill's right-hand man" (2014 year).

The contents of this page are sourced from Wikipedia article on 18 Apr 2020. The contents are available under the CC BY-SA 4.0 license.
View Vsevolod Chaplin 's image gallery
Image Gallery 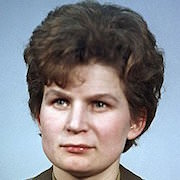 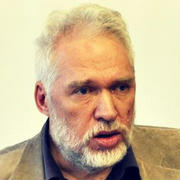