Wouter Beke (born 9 August 1974) is a Belgian politician and a member of the CD&V. He was reelected as a member of the Belgian Senate in 2007.
Wouter Beke studied Social Law at the Vrije Universiteit Brussel and Political Sciences at the Katholieke Universiteit Leuven. He is a doctor in the Social Sciences.
While working as a researcher at the Leuven University, he entered politics in his municipality Leopoldsburg. He became a senator in 2004. Between 21 March 2008 and 15 May 2008, he was the temporary chairman of the CD&V.
In November 2013, Wouter Beke was reelected as chairman of the CD&V. He was reelected with 98,7% of the votes. 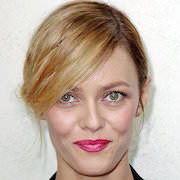