Robert Wood "Woody" Johnson IV (born April 12, 1947) is an American businessman and diplomat who is currently United States Ambassador to the United Kingdom. He is a great-grandson of Robert Wood Johnson I (co-founder of Johnson & Johnson). With his brother, Christopher, he is the owner of the New York Jets of the National Football League.

Johnson was born in New Brunswick, New Jersey, United States. He is the son of Betty (Wold) and Robert Wood Johnson III, president of Johnson & Johnson for four years. Johnson grew up with four siblings, Keith Johnson, Billy Johnson, Elizabeth "Libet" Johnson, and Christopher Wold Johnson, in affluent areas of northern New Jersey, and attended the Millbrook School. He graduated from the University of Arizona. Johnson then worked menial summer jobs at Johnson & Johnson with the expectation of ascending to the top of the family business.

Johnson became involved in charitable organizations full-time in the 1980s. He is a member of the Council on Foreign Relations. His family has been affected by both lupus and juvenile diabetes, which motivated Johnson to take a role in raising funds to prevent, treat, and cure autoimmune diseases. He has led efforts on Capitol Hill and at the National Institutes of Health to increase research funding for these diseases, and personally contributed to causes related to diabetes, after his daughter, Casey, was diagnosed with the disease. He started a research foundation, the Alliance for Lupus Research, after his daughter Jaime was found to have lupus.

On January 18, 2000, Johnson purchased the Jets for $635 million, the third-highest price for a professional sports team and the highest for one in New York. Johnson, who also owns courtside seats to the New York Knicks, outbid the $612 million offered by Charles Dolan, chairman of Cablevision, which owns Madison Square Garden, the Knicks, and the Rangers. The team sold for more than $100 million above what some sports finance analysts had expected. Forbes now values the team at $ 2.85 billion.

After buying the Jets, Johnson announced plans to move them to the proposed West Side Stadium in Manhattan. However, after the project's defeat in 2005, Johnson announced the Jets would move to a new Meadowlands Stadium as an equal partner with the Giants. The new stadium opened on April 10, 2010, with naming rights being acquired by MetLife. Johnson served on the NFL Commissioner search committee in which a list of 185 candidates to succeed Paul Tagliabue was narrowed down to the final choice of Roger Goodell.

Johnson is the chairman and chief executive of the Johnson Company, Inc., a private investment firm founded in 1978. In August 2006, Johnson was asked to testify before the Senate's Permanent Subcommittee on Investigations regarding his participation in a tax avoidance scheme. A Senate report said that Johnson, along with others, was able to buy, for relatively small fees, roughly $2 billion in capital losses that they used to erase taxable gains they garnered from stock sales. The U.S. Treasury lost an estimated $300 million in revenue as a result. In a statement, Johnson said he had been advised by his lawyers in 2000 that the transaction "was consistent with the Tax Code." After the Internal Revenue Service challenged that view in 2003, Johnson in 2006 settled with the IRS and agreed to pay 100 percent of the tax due plus interest.

Johnson was the committee president of the Pre-Commissioning Unit for the San Antonio-class ship USS New York.

Johnson has given more than $1 million to various Republican candidates and committees. In May 2008, he orchestrated a fundraiser in New York City that brought in $7 million in a single evening for John McCain, by far the largest amount collected up to that point by a campaign that had been struggling to raise money. Johnson also provided significant funding to the Republican National Convention of 2008 in Minneapolis–St. Paul convention host committee; from a $10 million shortfall, Johnson contributed personally and solicited friends to assist in covering the convention deficit. In 2011, Woody Johnson announced that he would endorse former Massachusetts Governor Mitt Romney for the 2012 U.S. Presidential Election.

On September 23, 2013, Johnson hosted a fundraiser for the Republican National Committee at his home in New York City.

In June 2015, Johnson was named the National Finance Chairman for Jeb Bush's 2016 presidential campaign. In May 2016, Johnson endorsed Trump for president.

On January 19, 2017, President-elect Donald Trump announced that he planned to nominate Johnson to become United States Ambassador to the United Kingdom. On June 22, 2017, Trump nominated Johnson for the position. The nomination was referred to the United States Senate Committee on Foreign Relations on June 26, 2017, and a hearing was held on July 20, 2017. Johnson was confirmed by the U.S. Senate on August 3, 2017. He was sworn in by Vice President Mike Pence on August 21, 2017, in the Oval Office. Johnson presented his credentials to Queen Elizabeth II on November 8, 2017, formally becoming Ambassador.

In March 2019, Johnson wrote an article in the Daily Telegraph saying that chlorinated chicken was a "public safety no-brainer" and that health fears over hormone-fed beef were "myths". This came after he urged the UK to open up to the US agriculture market after the British exit from the European Union and ignore the "smear campaign" of those with "their own protectionist agenda". Johnson was criticised by several agriculture standard boards, such as the Red Tractor Assurance whose CEO, Jim Moseley stated the UK's food standards were "now under threat from ... the United States food lobby" and the National Farmers Union who said it was "imperative" that UK food standards remain high.

In mid-July 2020, the New York Times reported that President Trump had asked Amb. Johnson to "get the British Open for me" - have the tournament at his Turnberry Golf Resort in Scotland. Johnson was warned against this by a deputy, who has since been removed, but the ambassador looked into this.

The contents of this page are sourced from Wikipedia article on 22 Jul 2020. The contents are available under the CC BY-SA 4.0 license.
View Woody Johnson 's image gallery
Image Gallery 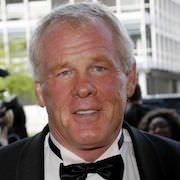 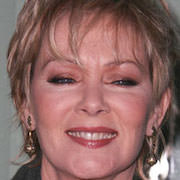 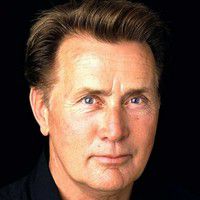 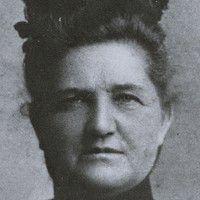