Wolfram Burgard (born 1961 in Gelsenkirchen, Germany) is a German roboticist. He is a full professor at the Albert-Ludwigs-Universität Freiburg where he heads the Laboratory for Autonomous Intelligent Systems. He is known for his substantial contributions to the simultaneous localization and mapping (SLAM) problem as well as diverse other contributions to robotics.

Wolfram Burgard received his Diploma degree from University of Dortmund in 1987 and his Doctorate from the University of Bonn in 1991. His thesis advisor was Armin B. Cremers.

In 1991 he became a research assistant at the University of Bonn, where he led the laboratory for Autonomous Mobile Systems. He was head of the research group which installed the mobile robot Rhino as the first interactive museum tour-guide robot in the Deutsches Museum Bonn, Germany in 1997. In 1998, he and his colleagues deployed the mobile robot Minerva in the National Museum of American History in Washington DC. In 1999, Wolfram Burgard became Professor for Autonomous Intelligent Systems at the Albert-Ludwigs-Universität Freiburg.

Wolfram Burgard and his group has also made substantial contributions to the simultaneous localization and mapping (SLAM) problem, which is to determine the map of the environment and the position of the robot at the same time.

Wolfram Burgard together with his long-term collaborators Dieter Fox and Sebastian Thrun is a co-author of the book Probabilistic Robotics. He also is a co-author of the book Principles of Robot Motion - Theory, Algorithms, and Implementations, together with Howie Choset, Kevin M. Lynch, Seth A. Hutchinson, George Kantor, Lydia E. Kavraki and Sebastian Thrun.

Wolfram Burgard has the 2009 Gottfried Wilhelm Leibniz Prize, the most prestigious German research prize. He has furthermore received seven best paper awards from outstanding conferences. He also became a distinguished lecturer of the IEEE Robotics and Automation Society.

A large fraction of his publications are available at Google Scholar. 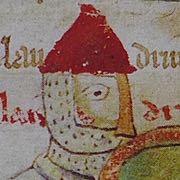