Wolfhart Zimmermann (17 February 1928 – 18 September 2016) was a German theoretical physicist. Zimmermann attained a doctorate in 1950 at Freiburg im Breisgau in topology ("Eine Kohomologietheorie topologischer Räume"). He was born in Freiburg im Breisgau. In the 1950s he was at Göttingen one of the pioneers of the mathematical quantum field theory; along with Kurt Symanzik and Harry Lehmann he developed the LSZ theory. From 1962 to 1974 he was a professor at the New York University. From 1974 to 1996 he was a director at the Max Planck Institute for physics in Munich, where he was later "Director Emeritus".
Besides, since 1977 he was honorary professor ("Honorarprofessor") at the TU Munich. He was on year-long sabbatical stay at the Institute for Advanced Study in Princeton (1957/8 and 1960/1), at the Courant Institute of Mathematical Sciences of New York University, at the University of Chicago and at IHES in Paris. Beside his work on the LSZ formalism he is also known for the development of Bogolyubov - Parasiuk renormalization schema (also BPHZ Renormalization schema named after Klaus Hepp and Zimmermann). Along with Kenneth G. Wilson he was one of the pioneers in applications of operator product expansion in quantum field theory. With Reinhard Oehme of the Enrico Fermi Institute in Chicago (with whom he already collaborated in Göttingen in the 1950s), he worked on the reduction of coupling parameters with group renormalization methods and introduced superconvergence relations for the propagator (gauge field propagator) into Yang–Mills theory, to establish connections between the borders of high energy (e.g. asymptotic freedom) and low energy (confinement).
In 1991 he received the Max Planck medal. 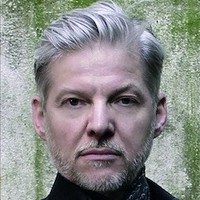