Weber, a central defender with 1. FC Köln, poked the ball home with almost the last kick of the game at Wembley in 1966 to make the score 2–2. Opponents England went on to win 4–2 in extra time.
Weber played for Köln between 1963 and 1978 and won 53 caps for his country, scoring just one other goal. He also represented West Germany at the 1968 European Championships and the 1970 World Cup. His last appearance for his country was in 1974.
In retirement, Weber has been involved with the German branch of the Special Olympics. 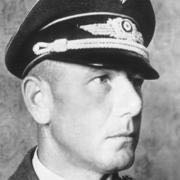