The nickname the "Pink Giant" came from both the killer's size and alleged penchant for pink lingerie. The area where some of the crimes took place led to a second moniker, the "Beast of Beelitz".

An application for a name change to Beate Schmidt was met by the court in 2001. Since 2009 Schmidt has undergone a hormone treatment for gender reassignment. In 2010, Schmidt was investigated for raping and causing another transsexual inmate to attempt suicide. 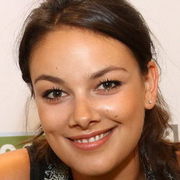