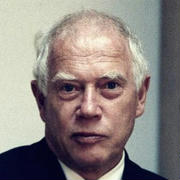 Mommsen wrote a biography of Max Weber in 1958. His dissertation, on Max Weber and German politics, published in English in 1984, revolutionized the "understanding of the 20th century's most influential sociologist by setting him firmly in the context of his times, and showing him to be a liberal nationalist and imperialist, much to the horror of many of his admirers. He went on to demonstrate that a knowledge of Weber's political thought and action was essential if one were to grasp accurately his theory of power. This was an outstanding achievement, and Wolfgang followed it up by playing a leading role in editing a new, comprehensive edition of Weber's works... The Mommsens were related to Weber by marriage, so there was something particularly iconoclastic in Wolfgang's book, which caused a huge storm when it first appeared." His main areas of expertise were in 19th century-20th century British and German history. His interests were wide-ranging and he wrote about diplomatic, social, intellectual, and economic history. Mommsen championed a Sonderweg ("special path") interpretation of German history. Echoing the views of Hans-Ulrich Wehler and Fritz Fischer, he argued that 19th century Germany was only partially modernized. Economic modernization was not accompanied by political modernization. Much of Mommsen's comparative studies of British and German history concern why, in his view, the British had both a political and economic modernization while the Germans had only the latter. An Anglophile, Mommsen very much enjoyed teaching and living in Britain.

In Mommsen's view, the foreign policy of the Second Reich was driven by domestic concerns as the German elite sought distractions abroad to hold off demands for democracy at home. For Mommsen, the major responsibility for the outbreak of the First World War rests on Germany's shoulders. Furthermore, the November Revolution of 1918 did not go far enough and allowed the pre-1918 elite to continue to dominate German life, thus leading inevitably to the Third Reich. Mommsen has written books condemning appeasement.

In the Historikerstreit (historians' dispute), Mommsen took the position that the Holocaust was a uniquely evil event that should not be compared to Stalinist terror in the Soviet Union.

In 1998, several younger German historians criticized Mommsen for not denouncing the Nazi past of his mentors while at university student in the 1950s.