Wolfgang Martini (September 20, 1891 – January 6, 1963) was a Career Officer in the German Air Force, and largely responsible for promoting early radar development and utilization in that country.

While attending the Gymnasium in his hometown of Lissa in the Province of Posen, Wolfgang Martini had been a radio enthusiast. Upon graduating in 1910, he joined the Army as a Cadet, and his talents were such that he soon became a Lieutenant and then company commander in a telegraph battalion. During World War I, he had a number of leadership positions in radio operations, being promoted to First Lieutenant and then Captain. At the end of the war, he was the responsible for radio affairs in the Grand Headquarters and commander of the Army Signals School at Namur in occupied Belgium.

After the Treaty of Versailles was signed in 1919, Martini was one of the few officers allowed to remain in the Army. For the next five years, he served as a signals instructor at several Army schools, and then from 1924 to 1928, he was the Signals Staff Officer with a District Command. In 1928/1929 he participated in the secret Soviet-German fighter pilot school in Lipetsk in Soviet Russia. Between 1928 and 1933, he was promoted to Major and served as a radio specialist with the Reich Defense Ministry.

Upon the formation of the Luftwaffe in 1933, Martini transferred to the new arm and soon became the Chief of the Board of Radio Affairs. He conceived and set up the Luftwaffe Luftnachrichten Abteilung 350, the Air Signals Corps in 1936. In 1938, he was promoted to Major General and named Chief of Signal Affairs of the Luftwaffe. Martini was elevated to General der Luftnachrichtentruppe (en: General of air force communications troops) in 1941, and remained in this position until the end of war in May 1945.

Involvement with GEMA and wartime activities

In the mid-1930s, the company Gesellschaft für Electroakustische und Mechanische Apparate (GEMA) started the development of a Funkmessgerät (radio indicator), as the British and the Americans did at the same time. The pulse-modulated system was based on earlier work of Dr. Rudolf Kühnhold, a scientist with the Kriegsmarine (German navy), and was done in the greatest secrecy, not even informing the other armed forces of its existence.

GEMA’s product, an early-warning system code named Seetakt, was eventually demonstrated to the Luftwaffe General Staff in November 1938. Martini attended the presentation and immediately realised the military importance of the new technology. He ordered the development of a similar system (ultimately called Freya) for the Luftwaffe, and from this time on was the primary promoter of radar technology in the German High Command. In May and August 1939 he initiated two signals intelligence flights of the LZ 130 Graf Zeppelin along the British East coast to verify suspicions of a British radar equivalent to the German one. However, the British operated their Chain Home early warning radar with different frequencies which the German thought to be outdated and thus the first British operational radar was not detected by the German signals intelligence.

Beginning in 1941, in addition to other duties he was named the High Command’s responsible for German radar technology. Although not academically trained his grasp of this technology was intuitive and his involvement was perhaps the greatest impetus to the development of wartime radar in Germany.

In most of his activities, Martini reported directly to Hermann Göring, Commander of the Luftwaffe, but Göring never fully trusted him and the two often clashed over technical decisions. For example, as British radar became known to the Germans through Martini’s signals intelligence, they violently disagreed as to its importance. Concerning this, Göring had told other commanders that Martini was a fool, “It was the same with all specialists; they exaggerate the importance of whatever they are working on.”

Following the war, Wolfgang Martini, like other officers at his level, was held in custody by the United States and then the United Kingdom until 1947; however, no charges were ever placed against him. For some time. he was engaged as a consultant to the radio equipment firm of C. Lorenz AG in Stuttgart. Beginning with the formation of the West German armed forces Martini served as a civilian advisor with the new Air Force in 1956, and later with NATO.

In late 1944, fearful that records of wartime radar development would be destroyed or lost after the eventual surrender of Germany, General Martini and Dr. Leo Brandt of GEMA had key documents buried in a waterproof metal casket. In the early 1950s, Martini recovered the casket from what was then the Soviet occupied German Democratic Republic. Then, for several years, the recovered documents were published in papers and conferences. In 1951, Martini was one of the founders of the Committee for Radiolocation Association in Düsseldorf (later becoming the German Society for Positioning and Navigation); much of the information from the buried documents was first released publicly at meetings of this Committee. This helped to overcome the lag in West German research on radar and radio navigation after the war.

In these years, Martini established relationships with radar pioneers in several other countries. One of these, Sir Robert Watson-Watt, considered “the father of British radar,” included the following in his 1959 autobiography:

I have a very dear postwar friend in General Wolfgang Martini, a shy, modest, charming, and very perfect gentleman ... His many claims on my affectionate respect include his failure to endear himself to Göring, from whom the qualities I have just tried to summarize may have concealed General Martini’s very high technical competence, wisdom, and resource.

Martini died of a heart attack on January 6, 1963, in Düsseldorf.

The contents of this page are sourced from Wikipedia article. The contents are available under the CC BY-SA 4.0 license.
View Wolfgang Martini 's image gallery
Image Gallery 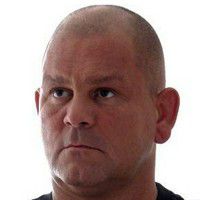