Fortner was born in Leipzig. From his parents - both singers - Fortner very early on had intense contact with music. In 1927 he began his studies at the Leipzig Conservatory (organ with Karl Straube, composition with Hermann Graubner) and at University, (philosophy with Hans Driesch, musicology with Theodor Kroyer, and German studies with Hermann August Korff) (Weber 2001). While still a student, two of his early compositions were publicly performed: Die vier marianischen Antiphonen at the Lower Rhineland Festival in Düsseldorf in 1928, and his First String Quartet in Königsberg in 1930 (Weber 2001).

In 1931 he completed his studies with the State Exam for a high teaching office, after he accepted a lectureship in music theory at the Hochschule für Kirchenmusik Heidelberg. There his music was attacked as Cultural Bolshevism. In 1935 and 1936 Fortner created the Heidelberg Chamber Orchestra with which he supported New Music and undertook expanded concert journeys for "armed forces support", from Scandinavia to the Netherlands to Greece. In the same year he also took over the directorship of the orchestra of the Hitler Youth of Heidelberg, a string orchestra, formed from juvenile laymen, whose directorship changed in 1939 again. 1940 he was drafted into the army as a medical soldier.

After the end of the war, Fortner underwent Denazification due to the Bandwagon effect and was found not affected by professional disqualification. Fortner moved to the Heidelberg Kohlhof and there a group of very young students formed around him, who showed interest in the modern music of 1933. In 1946 he joined the circle of the Darmstadt Internationale Ferienkurse für Neue Musik, and taught within that framework. In 1954 he became a professor for composition at the North-West German Music Academy in Detmold, then from 1957 up to his retirement in 1973 taught in Freiburg. After the death of Karl Amadeus Hartmann, in 1964 he took up the leadership of the Musica Viva concerts, which he directed until 1978 (Weber 2001). 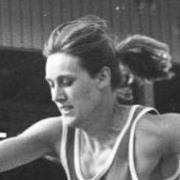