Wolfgang Bosbach (born 11 June 1952 in Bergisch Gladbach, North Rhine-Westphalia) is a German politician and member of the conservative party, the Christian Democratic Union (CDU), which he joined in 1972. A lawyer by profession, Bosbach is a partner at Winter, Jansen & Lamsfuß in Bergisch Gladbach.

Bosbach has been a directly elected member of the Bundestag since 1994, representing Rheinisch-Bergischer Kreis, and the deputy parliamentary group leader of his party since 2000.

In August 2011, Bosbach became the first senior CDU MP to say he would not vote for legal changes to allow the European Financial Stability Facility to buy sovereign bonds on the market. He later criticized the permanent rescue mechanism – called European Stability Mechanism – was a step toward a European transfer union. In 2012, he told German business magazine Wirtschaftswoche that Greece should leave the euro region to overhaul its economy.

In 2013, Bosbach rejected calls to grant Muslims living in Germany two days of official holiday a year to mark important religious festivals, saying there was "no Islamic tradition in Germany" and that religious holidays here reflected the country's Christian heritage.

Following the 2013 federal elections, Bosbach was part of the CDU/CSU team in the negotiations with the SPD on a coalition agreement.

On February 27, 2015, Bosbach voted against the Merkel government’s proposal for a four-month extension of Greece's bailout; in doing so, he joined a record number of 29 dissenters from the CDU/CSU parliamentary group who expressed skepticism about whether the Greek government under Prime Minister Alexis Tsipras could be trusted to deliver on its reform pledges. On July 17, he voted against the government’s proposal to negotiate a third bailout for Greece; in response to the resulting discussions with fellow conservative MPs, he resigned from his office as Chairman of the Committee on Internal Affairs.

In August 2016, Bosbach announced that he would not stand in the 2017 federal elections but instead resign from active politics by the end of the parliamentary term due to his deteriotating health. That same month, he agreed to serve as columnist for German tabloid Bild from 2017 on. 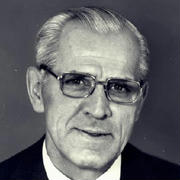