Sargent was born in Gloucester, Massachusetts and graduated from Harvard College before the Revolution. He spent some time at sea, as captain of a merchantman owned by his father. He enlisted in Gridley's Regiment of Massachusetts Artillery on July 7, 1775 as a lieutenant, and later that year was promoted to captain lieutenant of Knox's Regiment, Continental Artillery, on December 10. He was with his guns at the siege of Boston, as well as the battles of Long Island, White Plains, Trenton, Brandywine, Germantown, and Monmouth. He was promoted to captain in the 3rd Continental Artillery on January 1, 1777, and brevetted major on August 25, 1783.

In 1786, he helped to survey the Seven Ranges, the first lands laid out under the Land Ordinance of 1785. With inside knowledge of the area, he went on to form the Ohio Company of Associates, was an important shareholder in the Scioto Company, and as of 1787, secretary of the Ohio Company.

Sargent was appointed by the Congress of the Confederation as the first Secretary of the Northwest Territory, a post second in importance only to the governor, Arthur St. Clair. He took up his post in 1788, and in 1789 he married Roewena Tupper, a daughter of Gen. Benjamin Tupper, at the settlement of Marietta in the first marriage ceremony held under the laws of the Northwest Territory. Like St. Clair, Sargent would function in both civil and military capacities; he was wounded twice at the Battle of the Wabash, on November 4, 1791. He also served in the Indian wars of 1794-5 and became adjutant general. On August 15, 1796, he would, as Acting Governor, proclaim the establishment of Wayne County, the first American government in what is now Michigan.

President John Adams then appointed Sargent the first Governor of the Mississippi Territory, effective from May 7, 1798 to May 25, 1801. His last entry as Northwest Territory's secretary was on May 31, 1798; he arrived at Natchez on August 6, but due to illness was unable to assume his post until August 16.

Sargent was elected a Fellow of the American Academy of Arts and Sciences in 1788. He was also a member of the Philosophical Society and an original member of the Society of the Cincinnati as a delegate from Massachusetts, and published, with Benjamin B. Smith, Papers Relative to Certain American Antiquities (Philadelphia, 1796), and “Boston,” a poem (Boston, 1803).

Being a Federalist, Sargent was dismissed from his position as territorial governor in 1801 by incoming president Thomas Jefferson. Sargent took up life in the private sector, developing his plantation Gloucester, the earliest such establishment in Natchez. Sargent was elected a member of the American Antiquarian Society in 1813. He died on June 3, 1820 in New Orleans.

His elder sister was Judith Sargent Murray, an essayist, playwright, and poet.

His grandson was the writer Winthrop Sargent.

Although there are at least two Sargent Townships (in Illinois and Nebraska) and one Sargent County, it is not known if these are named after Winthrop Sargent. However, a former township of the Northwest Territory's Wayne County was designated as Sargent Township or the District of Sargent; this apparently encompassed the settlements downriver from Detroit and at the River Raisin in what is now Monroe County, Michigan. This township apparently ceased to function after the organization of Michigan Territory, being replaced by the District of Erie. 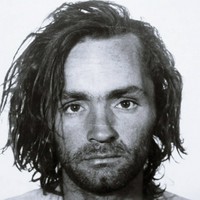 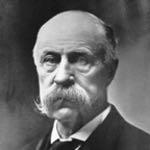 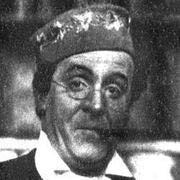