Winthrop Chanler Rutherfurd (February 4, 1862 – March 19, 1944) was an American socialite from New York, best known for his romance with Consuelo Vanderbilt and his marriage to Lucy Mercer, mistress to American President Franklin D. Roosevelt.
Rutherfurd was a direct descendant of Peter Stuyvesant, the last Dutch Director-General of New Netherland before it became New York. A graduate of Columbia College, he was one of the social elite nicknamed "The Four Hundred" by Ward McAllister, a number supposedly taken from the capacity of Caroline Webster Schermerhorn Astor's ballroom. Novelist Edith Wharton described Rutherfurd as "the prototype of my first novels".
In 1895, Consuelo Vanderbilt fell in love with Rutherfurd, and Rutherfurd proposed marriage to her. However, Consuelo's mother Alva Vanderbilt forced Consuelo to travel to Europe, and pressured her to marry Charles Spencer-Churchill, 9th Duke of Marlborough, for reasons of title. After Consuelo was persuaded that Alva might suffer a fatal heart attack if Consuelo disobeyed her, Consuelo agreed to forsake Rutherfurd and marry the Duke. Rutherfurd then remained a bachelor until age 40, reportedly having numerous affairs with married socialites, including Ava Astor.
In 1902, Rutherfurd married Alice Morton, daughter of former US Vice President Levi P. Morton. Alice died fifteen years later, leaving behind five sons and a daughter. In Washington, a woman named Lucy Mercer left town after Eleanor Roosevelt had discovered the affair she had with Eleanor's husband Franklin in September 1918; Mercer then became the governess for Rutherfurd's six children. Rutherfurd soon proposed to Mercer, who was almost three decades younger, and Mercer accepted. Only weeks before their wedding, which took place on February 11, 1920, Lewis, Rutherfurd's oldest son, died of pneumonia.
Rutherfurd built a second estate in Aiken, South Carolina after the wedding, where he pursued his favorite hobby of breeding Fox Terriers. In 1907, Rutherfurd won the first Best in Show prize of the Westminster Kennel Club Dog Show with his fox terrier Warren Remedy, who would also win in 1908 and 1909.
Various observers described Winthrop and Lucy as devoted to one another, and their marriage as a happy one. Rutherfurd died in Aiken on March 19, 1944 after a long period of failing health. 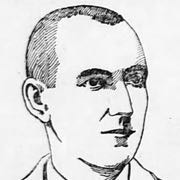