Windsor Davies (born 28 August 1930) is a retired British actor who is best known for playing the part of Battery Sergeant Major Williams in the British sitcom It Ain't Half Hot Mum (1974–81).

Davies was born in Canning Town, London, to Welsh parents, who returned to their native Nant-y-Moel when the Second World War began in 1939. Davies studied at Ogmore Grammar School and Bangor Teacher Training College. He worked as a teacher at Mountside School for Boys in Leek, Staffordshire and did national service in Libya and Egypt with the East Surrey Regiment between 1950-1952 before deciding to become an actor.

Davies' best known role was as Battery Sergeant Major Williams in the British sitcom It Ain't Half Hot Mum (1974–81). Among his catchphrases was "Shut Up!!", delivered as an eardrum-shattering military scream. Another phrase was "Oh dear, how sad, never mind", delivered in a dry, ironic manner, and used when others around him had problems. Davies and co-star Don Estelle had a number one hit in the UK with a semi-comic version of "Whispering Grass" in 1975.

Other television roles included the sailor Taffy in the first of the BBC-series The Onedin Line (1971) and the antique dealer Oliver Smallbridge in Never the Twain (1981–91), with Donald Sinden. In the field of science fiction television, Davies appeared in the 1967 Doctor Who story The Evil of the Daleks as Toby; and was the voice of Sergeant Major Zero (a spherical robotic soldier in charge of 100 other spherical robotic soldiers) in the 1983 Gerry Anderson/Christopher Burr production Terrahawks (another callback to his days in It Ain't Half Hot Mum). In 2004, Davies played an elderly night porter in the BBC sitcom My Family (in the episode "Going Dental").

On film, Davies played major roles in two later Carry On films, Behind (1975) and England (1976) - in the latter as yet another sergeant major. He played Mog in the classic Welsh film Grand Slam (1978)

Davies has performed a large amount of advertising voice-over work, and his distinctive, deep voice could be heard as New Zealand's Pink Batts house insulations and confectionery ads for Cadbury's Wispa and also for Heinz Curried (Baked) Beans with his catchphrase, "Beans for the connoisseur". He also appeared alongside New Zealand rugby union coach Alex Wyllie in New Zealand advertisements for Mitre 10 hardware stores in the early 1990s. In the 1970s, Davies read an edition of Radio Four's Morning Story programme. He played a sergeant in the Highland Regiment in Adolf Hitler: My Part in His Downfall (1972) with Jim Dale and Spike Milligan. He auditioned to be the voice of the UK's speaking clock in 1984.

Now retired, he lives in the South of France. 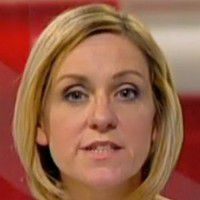 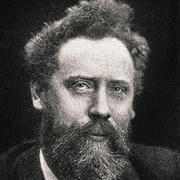